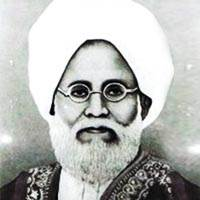 Shibli Nomani (Urdu: علّامہ شِبلی نُعمانی‎ – ʿAllāmah Šiblī Noʿmānī; 3 June 1857 – 18 November 1914, Azamgarh district) was an Islamic scholar from the Indian subcontinent during British Raj. He was born at Bindwal in Azamgarh district of present-day Uttar Pradesh. He is known for the founding of the Shibli National College in 1883 and the Darul Mussanifin (House of Writers) in Azamgarh. Shibli was a versatile scholar in Arabic, Persian, Turkish and Urdu. He was also a poet. He collected much material on the life of the Prophet of Islam, Muhammad but could write only first two volumes of the planned work the Sirat-un-Nabi. His disciple, Syed Sulaiman Nadvi, made use of this material and added to it and also wrote remaining five volumes of the work, the Sirat-un-Nabi after the death of his mentor.

Works
Shibli was greatly inspired by the progress of science and education in the West. He wanted to inspire the Muslims to make similar progress by having recourse to their lost heritage and culture, and warned them against getting lost in Western culture. "Ultimately, the Nadwa gave up its notions of uniting occidental and oriental knowledge and concentrated on Islamic scholarship, and on the dissemination of biographical and historical writing in Urdu. Shibli's own writings set the pattern for the latter." In keeping with this goal, he wrote the following books;

Sirat-un-Nabi (Life of the Holy Prophet) Shibli Nomani started to write this book but he died in 1914, then his student Sulaiman Nadvi took over the responsibility of finishing it and finally completed this book.
Sirat an-Nu'man
Al-Faruq, (a biography of the Caliph Omar Farooq)
Al-Ma'mun,
Al-Ghazali, (a biography of Imam Al-Ghazali)
Imam Ibn-e-Tamia (Edited by Mohammad Tanzeel-ul-siddiqi al-husaini ),
Mawlana Rumi (a biography of Mawlana Rumi)
Aurangzeb Alamgir Par Ek Nazar- a book on the life of Mughal emperor Aurangzeb (1658-1707)
Sher-ul-ʻAjam, a history of Persian poetry
"Ilm-Kalam", a history of Muslim theology
Safar Nama e Rome-o-Misr-o-Sham - a travelogue of Rome, Egypt, Syria and Turkey along with his scholar companion Thomas Walker Arnold in 1892