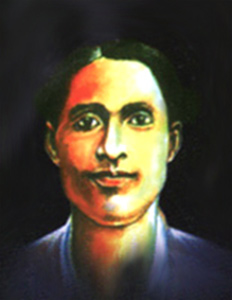 Ganesh Gogoi (Assamese: গনেশ গগৈ) dv(1907- 1938) was a poet of Assam and then he is remembered also as a lyricist, composer, playwright, actor and football player. He is also known as Papori Kobi.
Literary works
Some of his famous dramas had pictured in 'Jorhat theatre' where Ganesh Gogoi used to stage these dramas.

Honours
The Government of Assam to institute an award in the name of Ganesh Gogoi from the year 2009. This film was officially selected for South Asian Film Festival 2007 at Dhaka.
A documentary entitled Ganesh Gogoir Jiban Surabhi has been produced on his life and works.
A park named as Ganesh Gogoi Kabita Kanan after him in Jorhat, Assam.