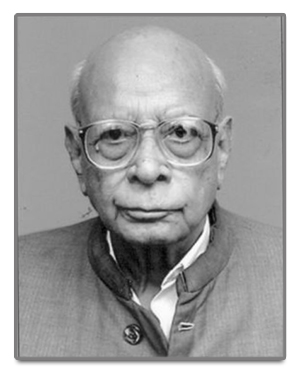 Hasan Abidi was born on 7 November 1929 in Jaunpur, Uttar Pradesh, and educated in Azamgarh and Allahabad (India) and after the partition of India in 1947, he moved to Pakistan and settled in Karachi and associated with journalism and writing. He became president of the Karachi Press Club and held office in both the Karachi Union of Journalist and the Pakistan Federal Union of Journalists. He was also an active member of the Irtiqa forum. He died on 6 September 2005 in Karachi.
Work According to Yasmeen Hameed, his collections of poetry are Navisht-i-Nai (1995), Jareeda (1998) and Farar Hona Huroof ka (2004). He has also translated Eqbal Ahmed's essays into Urdu and written stories and poems for children. Hasan Abidi writes both ghazals and nazms. He is more in control of his craft in the traditional confines of the ghazal but chooses another style and content for his nazms. Most of his nazms are a narrative of the socio-political aspects of the society. He persistently elegizes the changing value system that he finds alien and disconcerting. His collection of poems, Farar Hona Huroof ka, was published in 2004, by Scheherzade, Karachi.