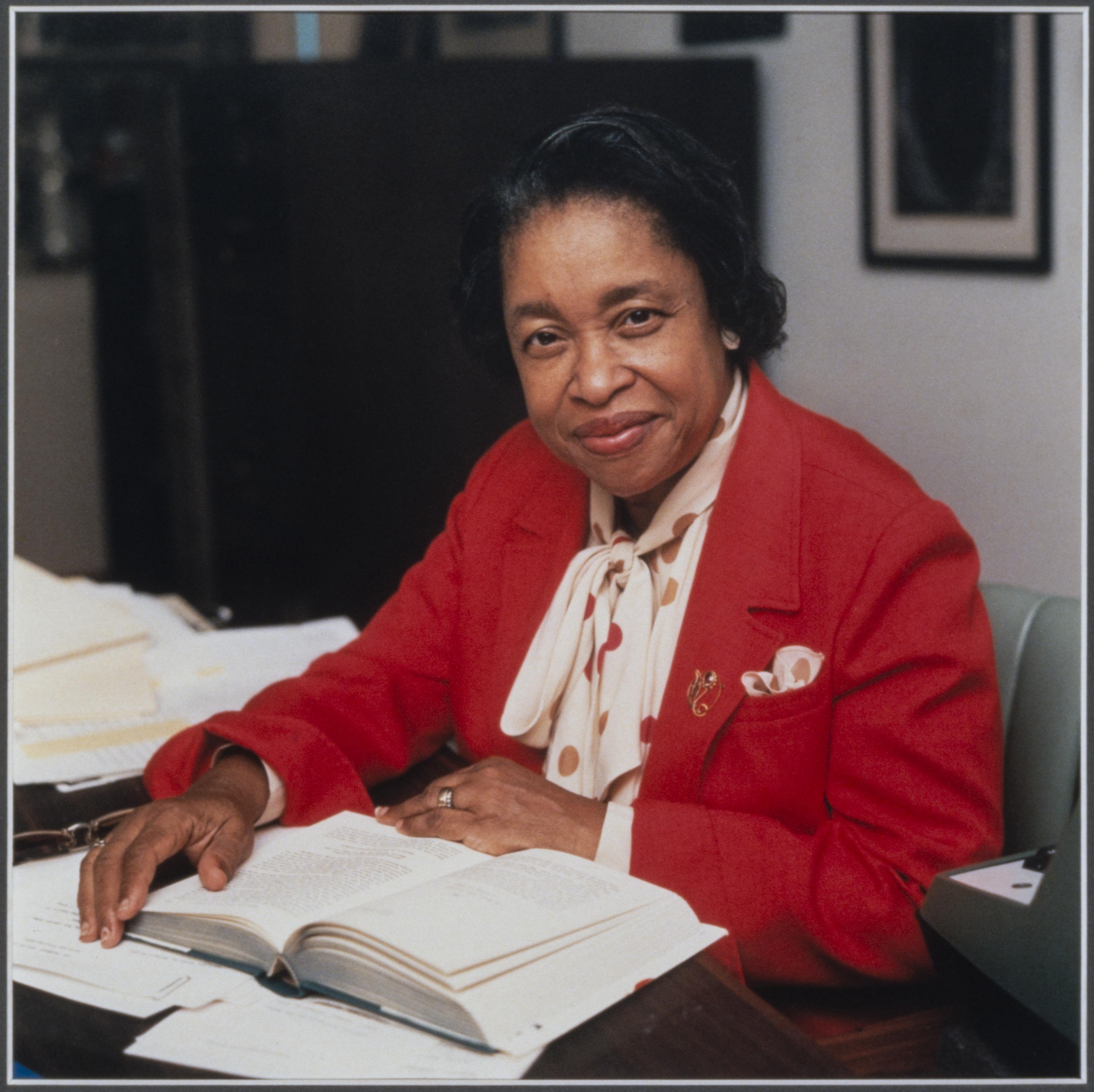 Margaret Walker (Margaret Abigail Walker Alexander by marriage; July 7, 1915 – November 30, 1998) was an American poet and writer. She was part of the African-American literary movement in Chicago, known as the Chicago Black Renaissance. Her notable works include For My People (1942) which won the Yale Series of Younger Poets Competition, and the novel Jubilee (1966), set in the South during the American Civil War.
Biography Walker was born in Birmingham, Alabama, to Sigismund C. Walker, a minister, and Marion (née Dozier) Walker, who helped their daughter by teaching her philosophy and poetry as a child. Her family moved to New Orleans when Walker was a young girl. She attended school there, including several years of college, before she moved north to Chicago.


Literary writing
In 1942, Walker's poetry collection For My People won the Yale Series of Younger Poets Competition under the judgeship of editor Stephen Vincent Benet, thus making her the first black woman to receive a national writing prize. Her For My People was considered the "most important collection of poetry written by a participant in the Black Chicago Renaissance before Gwendolyn Brooks's A Street in Bronzeville." Richard Barksdale says: "The [title] poem was written when "world-wide pain, sorrow, and affliction were tangibly evident, and few could isolate the Black man's dilemma from humanity's dilemma during the depression years or during the war years." He said that the power of resilience presented in the poem is a hope Walker holds out not only to black people, but to all people, to "all the Adams and Eves."

Walker's second published book (and only novel), Jubilee (1966), is the story of a slave family during and after the Civil War, and is based on her great-grandmother's life. It took her thirty years to write. Roger Whitlow says: "It serves especially well as a response to white 'nostalgia' fiction about the antebellum and Reconstruction South."

This book is considered important in African-American literature and Walker is an influential figure for younger authors. She was the first of a generation of women who started publishing more novels in the 1970s.

Walker received a Candace Award from the National Coalition of 100 Black Women in 1989.