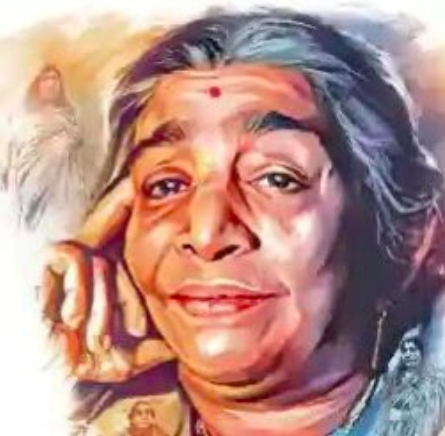 Sarojini Naidu (née Chattopadhyay; 13 February 1879 – 2 March 1949) was an Indian political activist and poet. A proponent of civil rights, women's emancipation, and anti-imperialistic ideas, she was an important figure in India's struggle for independence from colonial rule. Naidu's work as a poet earned her the sobriquet Nightingale of India by Mahatma Gandhi.
Born in a Bengali family in Hyderabad, Naidu was educated in Chennai, London and Cambridge. Following her time in England, where she worked as a suffragist, she was drawn to Indian National Congress' movement for India's independence from British rule. She became a part of the Indian nationalist movement and became a follower of Mahatma Gandhi and his idea of swaraj. She was appointed the President of the Indian National Congress in 1925 and later became the Governor of the United Provinces in 1947, becoming the first woman to hold the office of Governor in the Dominion of India.
Naidu's poetry includes both children's poems and others written on more serious themes including patriotism, romance, and tragedy. Published in 1912, "In the Bazaars of Hyderabad" remains one of her most popular poems. She was married to Govindarajulu Naidu, a general physician, and had five children with him. She died of a cardiac arrest on 2 March 1949.
Naidu began writing at the age of 12. Her play, Maher Muneer, written in Persian, impressed the Nizam of Kingdom of Hyderabad.
In 1905, her first collection of poems, named The Golden Threshold was published.[8] The volume bore an introduction by Arthur Symons. Her poems were admired by prominent Indian politicians like Gopal Krishna Gokhale.
Naidu poem "In the Bazaars of Hyderabad" was published as a part of The Bird of Time with her other poems in 1912. "In the Bazaars of Hyderabad" was well received by critics, who variously noted Naidu's visceral use of rich sensory images in her writing.
The Feather of The Dawn which contained poems written in 1927 by Naidu was edited and published posthumously in 1961 by her daughter Padmaja Naidu.