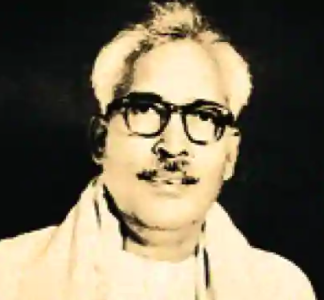 Besides Hindi, he was master of many languages including Sanskrit, Bengali, Punjabi, Gujarati as well as Pali, Prakrit, and Apabhramsa.

Steeped in traditional knowledge of Sanskrit, Pali and Prakrit, and modern Indian languages, Dwivedi was destined to be the great bridge maker between the past and the present. As a student of Sanskrit, steeped in the Sastras, he gave a new evaluation to Sahitya-sastra and he can rightly be considered as a great commentator on the textual tradition of the Indian literature.

He was awarded the Padma Bhushan in 1957 for his contribution to Hindi literature, and the 1973 Sahitya Akademi Award for his collection of essays, 'Alok Parva'.

Hazari Prasad Dwivedi's was very best sahityakar contributions to Indian creative and critical writings are phenomenal and his interests diverse.

He wrote the following important works in Literary History and Criticism:

The above writings of his gave a new direction to the history of criticism in the Hindi literature.

He also published his historical analysis of medieval religious life of India in following books:

His work on medieval saint Kabir is considered a masterpiece, and is a thoroughly researched analysis of Kabir's thought, works, and teachings.

He was also am eminent novelist. His novels revolved around Historical themes and personages. His following Historical Novels are considered classics:

He was also a great essayist. Some of his memorable essays are:

He also translated many works from English and other languages to Hindi. These include: