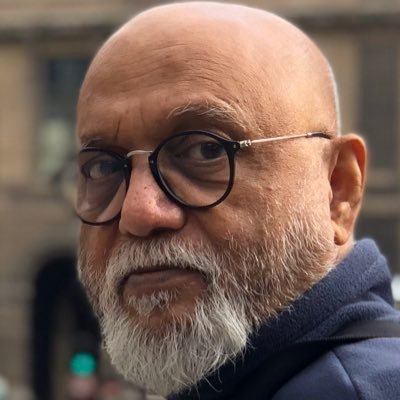 Pritish Nandy (born 15 January 1951) is an Indian poet, painter, journalist, politician, media and television personality, animal activist and maker of films, TV and streaming content. He was member of the Rajya Sabha, the upper house of the Indian parliament representing Maharashtra based party Shiv Sena.[2] He is the author of forty books of poetry in English and has translated poems by other writers from Bengali and Urdu into English as well as a new version of the Isha Upanishad. Apart from these, he has authored books of stories and non fiction as well. He was Publishing Director of The Times of India Group and Editor of The Illustrated Weekly of India and Filmfare in the eighties. He founded Pritish Nandy Communications Ltd, the content company, in 1993.