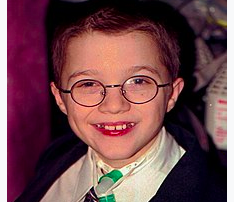 Matthew Joseph Thaddeus Stepanek (July 17, 1990 – June 22, 2004), known as Mattie J.T. Stepanek, was an American poet (or, as he wanted to be remembered, "a poet, a peacemaker, and a philosopher who played") who published seven best-selling books of poetry and peace essays. Before his death (at the age of 13) he had become known as a peace advocate and motivational speaker.


Matthew Stepanek was born on July 17, 1990. Stepanek's parents divorced when he was a child. He was raised in Upper Marlboro, Maryland and later lived in Rockville, Maryland. His hero was former U.S. President Jimmy Carter, who described Stepanek as "the most extraordinary person whom I have ever known".

Stepanek suffered from a rare disorder, dysautonomic mitochondrial myopathy. His three older siblings died from the same illness. The condition was unknown until his mother was diagnosed with mitochondrial disease in 1992, after all four of the children had been born.

Stepanek was a poet and speaker, penning six volumes of bestselling Heartsongs poetry books, and a collection of peace essays that also became a bestseller. He was the lyricist for Music Through Heartsongs. The album was produced by Sony, was released in 2003 and performed by Billy Gilman, and which debuted at number 109 on the Billboard 200 and at number 15 on Hot Country Songs.

Stepanek died at age 13 at Children's National Medical Center in Washington, D.C., on June 22, 2004. He was interred at Gate of Heaven Cemetery in Silver Spring, Maryland.