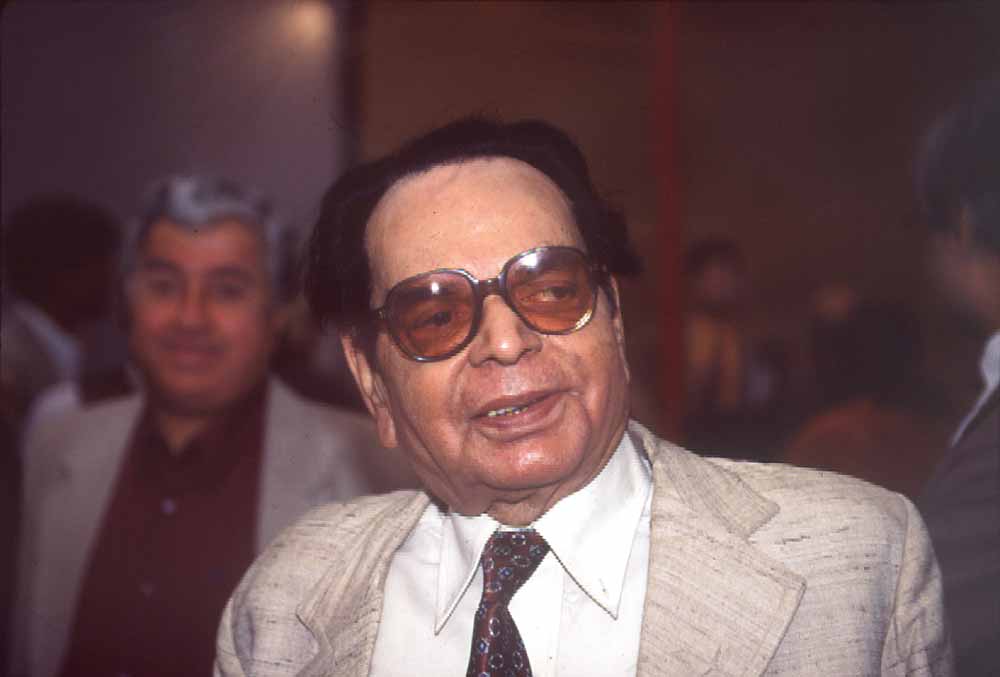 Rajendra Yadav (28th August 1929 – 28th October 2013) was a Hindi fiction writer, and a pioneer of the Hindi literary movement known as Nayi Kahani. He edited the literary magazine HANS, which was founded by Munshi Premchand in 1930 but ceased publication in 1953 – Yadav relaunched it on 31st July 1986, (Premchand's Birthday).
His wife Mannu Bhandari is also a famous Hindi fiction writer.
Rajendra Yadav was born in Agra, Uttar Pradesh on 28 August 1929.[citation needed] He received his early education at Agra, and later also studied at Mawana, Meerut. He graduated in 1949, and later completed his MA in Hindi at Agra University in 1951.
His first novel was Pret Bolte Hain (Ghosts Speak), published in 1951 and later retitled as Sara Akash (The Infinite Cosmos) in the 1960s. It was the first Hindi novel to try to shock orthodox Indian cultural traditions. It was adapted into a movie of the same title, Sara Akash, by Basu Chatterjee in 1969 and which along with Mrinal Sen's Bhuvan Shome, launched Parallel Cinema in Hindi. The films was shot the Yadav's ancestral home in Raja Ki Mandi, Agra.
Ukhre Huey Log, ('The Rootless People) his next novel, depicts the trauma of a couple arising out of socio-economic condition which forced them to desert the conventional path – and, still they failed to acclimatise themselves to a corrupt and devilish world. This novel envisages "living in" concept for the first time.
He wrote two more novels, Kulta (The Wayward Wife), and Shaah aur Maat (Check and Mate). He also wrote several stories and translated into Hindi many works of Russian language writers like Turgenev, Chekhov, and Lermontov (A Hero of Our Times), as also Albert Camus (The Outsider).
Ek Inch Muskaan (A Little Smile), which Rajendra Yadav and wife Mannu Bhandari wrote together, is a love tragedy of schizophrenic individuals.
Besides being a writer, Rajendra Yadav was also a nominated a board member of Prasar Bharti in 1999–2001. He was awarded Yash Bharati Samman of year 2013 by Government of Uttar Pradesh.
Yadav died in New Delhi on 28 October 2013. He was 84 years old when he died. Before his death, he had been admitted to hospital as he was ailing .