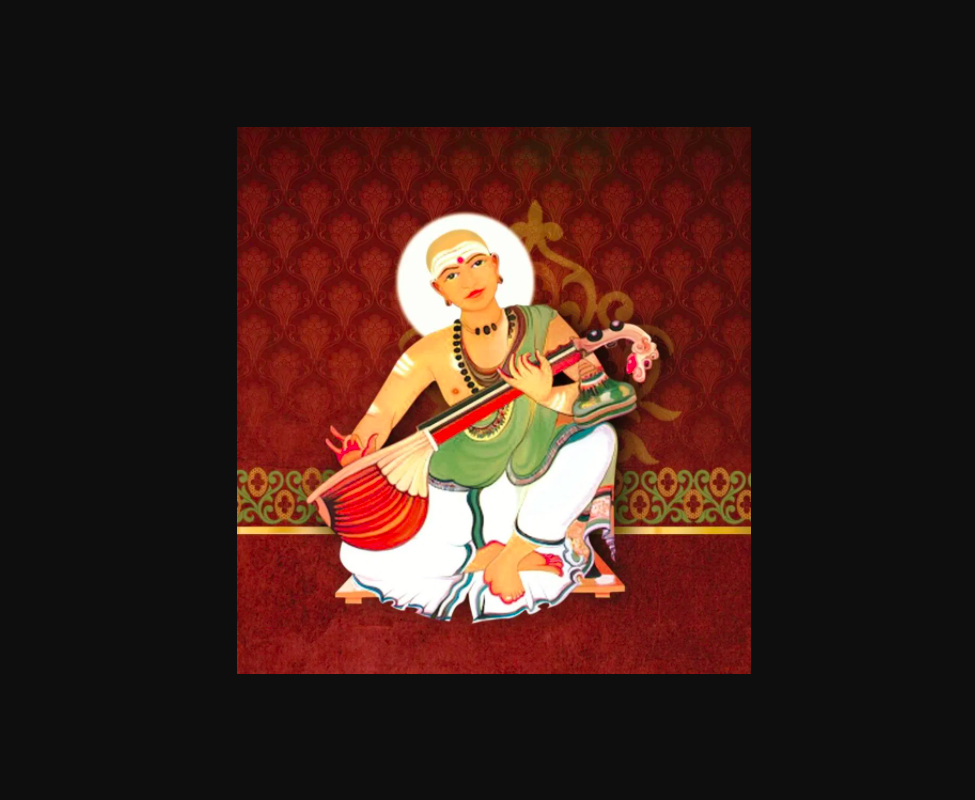 Muthuswami Dikshita was a South Indian poet, singer and veena player, and a legendary composer of Indian classical music, who is considered one of the musical trinity of Carnatic music. His compositions, of which around 500 are commonly known, are noted for their elaborate and poetic descriptions of Hindu gods and temples and for capturing the essence of the raga forms through the vainika (veena) style that emphasises gamakas. They are typically in a slower speed (chowka kala). He is also known by his signature name of Guruguha which is also his mudra (and can be found in each of his songs). His compositions are widely sung and played in classical concerts of Carnatic music.
The musical trinity consists of Dikshitar, Tyagaraja (1767–1847), and Syama Sastri (1762–1827). However, unlike the Telugu compositions of the others, his compositions are predominantly in Sanskrit. He also composed some of his Kritis in Manipravalam (a combination of the Sanskrit and Tamil languages).
The name is popularly pronounced as 'Muthuswamy Dikshitar'. However, T K Govinda Rao explains in Compositions of Mudduswamy Dikshitar[1] that "the word Muddayya is an epithet of Kumaraswami or Guha. Besides, it means darling, pet, sweet, charming, lovely, dear etc in Kannada. Further, in the most authentic original Telugu publication of Sangita Sampradaya Pradarshini (1904) Sri Subbarama Dikshitar mentions as Muddu. Also in the Bhajare-re Kalyani Krithi, it is clearly shown as "Muddu Kumara Janani".