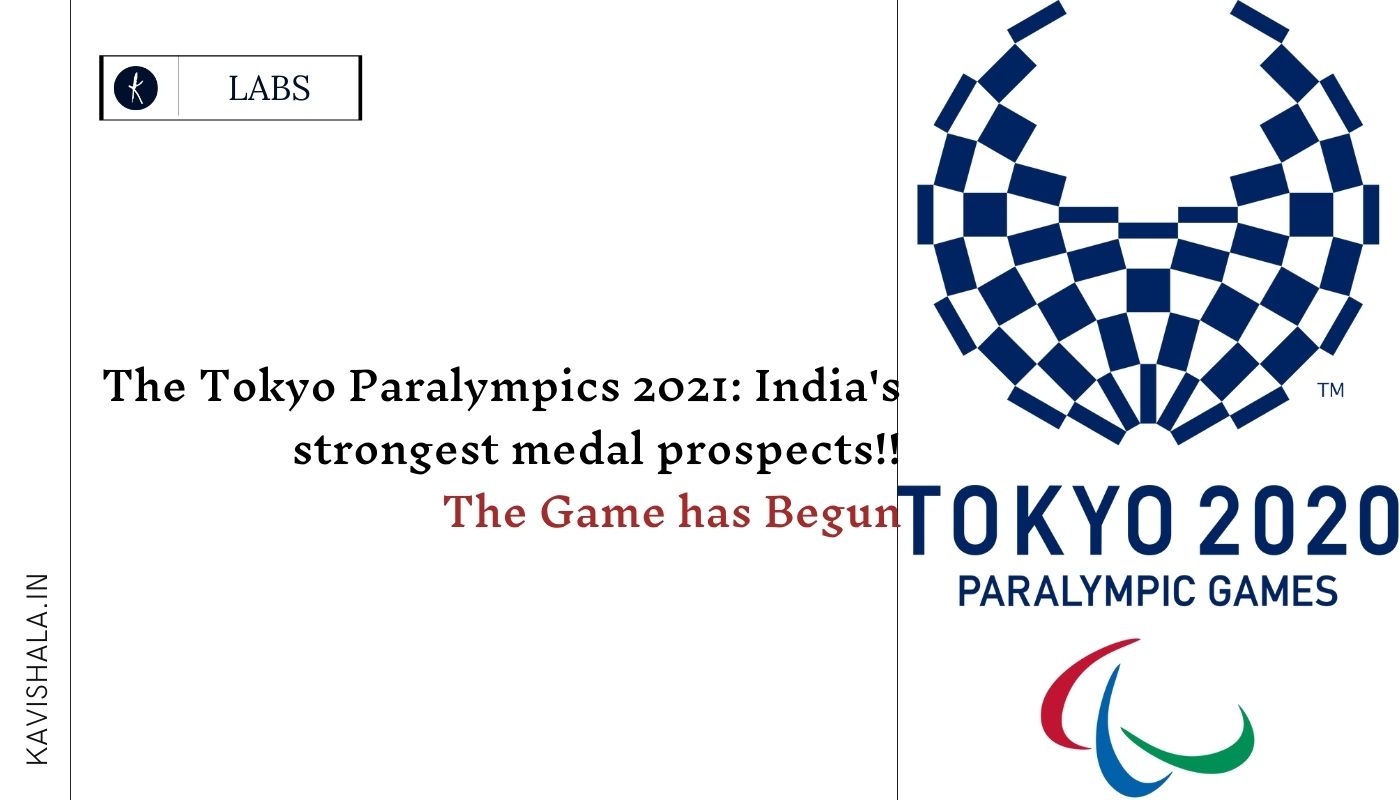 They execute and reach.

There are many obstacles.

There were many doubters.

But with hard work,

with belief, with confidence and trust in themselves

those around them, there are no limits for such people.”

Well, after a year's delay due to pandemics, the Tokyo 2020 Paralympics is finally taking place in Tokyo this year. With 12 packed days of sporting action, it can get a bit overwhelming for sports fans to keep track of who's doing what, and when.

The Tokyo Paralympics will feature the largest-ever Indian contingent, almost three times the size from five years ago (in Rio de Janeiro), and is drawn from nine para-sports. When Rio brought the country's best Paralympic haul of two golds, one silver, and one bronze, strength in participation numbers this time is accompanied by heightened hopes of medals from Indians. We need to look at some of the leading lights for India at the August 24-September in 5 Games.

The Indian Devendra Jhajharia with unilateral upper limb impairment is 40 years old and a two-time Paralympic gold medallist in the years 2004 & 2016 in the javelin throw. He is the only Indian with two gold medals at the Paralympics and competes in F46 male category. Athletes are grouped into sport classes according to their level of physical impairment and its impact on competitive performance. The lower the numerical figure in the sport class, the greater the impairment. While he was 8 years old, Jhajharia's left arm had to be amputated up to the elbow after he accidentally touched an 11000-volt live cable. But, at the selection trials in July this year, Jhajharia breached his own world record with a throw of 65.71. India begins their Tokyo Paralympic campaign on the opening day of the quadrennial global spectacle. The action begins today with table tennis players in action.

Sonalben Madhubhai Patel and Bhavina Hasmukhbhai Patel will be seen playing in the table tennis qualification group matches. Sonalben, former world No. 5 in singles, will be in action in Women's Singles - Class 3 Group D match against China's Li Qian.

Whereas,the female sportsperson Bhavina, also a bronze medalist in the 2017 Asian Para Table Tennis Championships, will be up against China's Zhou Ying in the Women's Singles Class 4 Group A match.

The two table tennis players are also going to be India's only representation at the Tokyo Paralympics on Thursday, August 26.

India has sent its biggest-ever Paralympic contingent - 54 to Tokyo. The para-athletes will be competing in as many as 9 sports over a period of 12 days from August 25 to September 5.

All eyes will be on India's track and field contingent which gets into action later this week in Tokyo. The most likely Devendra Jhajharia and Mariyappan Thangavelu will be looking to add another medal to their decorated trophy cabinet. Tokyo Paralympics were officially inaugurated on Tuesday as the flame was lit up at the Olympic Stadium in Tokyo. India was initially led by javelin athlete Tek Chand at the Parade of Nations on Tuesday.

Kavishala best wishes to the Differently-abled Athletes representing India in Tokyo and devotes a poem to the Paralyzed Athletics who have the jest to change the world and bring Medals :

They are sportsperson, their legs stretched out.

Though palms wrapped around their hips.

Their body clung to wheelchairs.

She feels her fast-pace,

as her bodies embrace,

Whether they are paralyzed by pleasure,

to meet that person

that makes them quiver."

Key Highlights for our Readers :

The opening ceremony of the Paralympic Games at the Olympic Stadium in Tokyo was an inspiring affair as it was filled with emotional performances, sending out a mesmerising message to the world. India was represented by para-javelin athlete Tek Chand as India entered the Parade of Nations as the 17th nation on Tuesday.