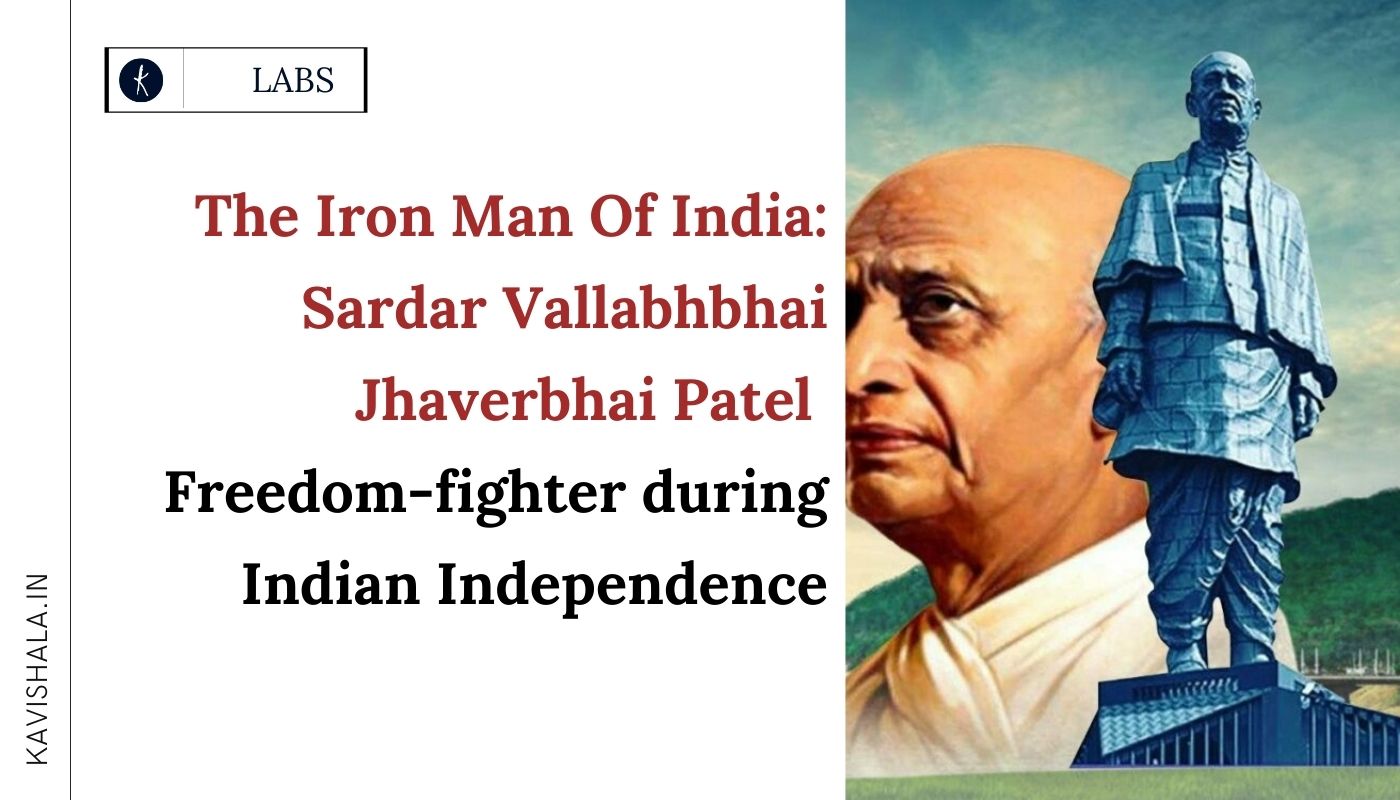 The negligence of a few could easily send a ship to the bottom,

but if it has the wholehearted co-operation

of all on board, it can be safely brought to the part.

->As a decent lawyer, Patel Ji distinguished himself in presenting an unassailable case in a precise manner and in challenging police witnesses and British judges.

->Strongly determined to grow his career in the legal profession, Patel migrated to London in the month of Aug 1910 to study at the Middle Temple.

->Leading barrister in criminal law, reserved and courteous, he was acknowledged for his superior etiquettes and his championship in bridge at Ahmedabad’s fashionable Gujarat Club.

->From 1917 to 1924 Patel served as the first Indian municipal commissioner of Ahmedabad and was its elected municipal president from 1924 to 1928.

->Vallabhbhai Patel had first made his mark in 1918 when he planned mass campaigns of peasants, farmers, and landowners of Kaira, Gujarat.

->In 1928 Patel Ji successfully led the landowners of Bardoli in their resistance against increased taxes.

Here's a poem on his stature that touches everyone's heart-

I feel too distant from

What was once, my people.

I dressed too simply

How can they know me?

I strove to secure borders,

No border is secure

History is a mad elephant

The madness of men;

We could not secure anything.

There is no unity

If prayers are divided.

Unity is not a divided tree,

You need to wound your

To pluck the flower of love.

The past is a country

You cannot wake it up

The dead are mourning

You don’t want to hear

You drove away so many

Those who help the Narmada

Those who keep your eyes

Do not make any statue

Commit such a crime.

The statue you built

Aiming the tallest is the

Neither the sun nor laser

Will drive away my darkness.

You measure my mettle

That is just a metaphor.

The farmers go hungry and

The woe of such unfairness.

If you could see with

My eyes up here,

Below the bridge of broken time.

Sardar Vallabhai Patel's The Statue of Unity in Gujarat, India is a massive monument dedicated to him, which is located in the Indian state of Gujarat, facing the Narmada Dam, 3.2 km away from Sadhu Bet near Vadodara. Approximately at the height of 182 meters, it is the world's tallest statue. Its related structures are spread over 20000 square meters and are surrounded by an artificial lake spread across 12 km.

Inaugurated by India's PM Narendra Modi on 31st of Oct 2018, the 143rd anniversary of Patel's birth. The height of the statue in meters has been picked to match the total assembly constituencies in Gujarat.