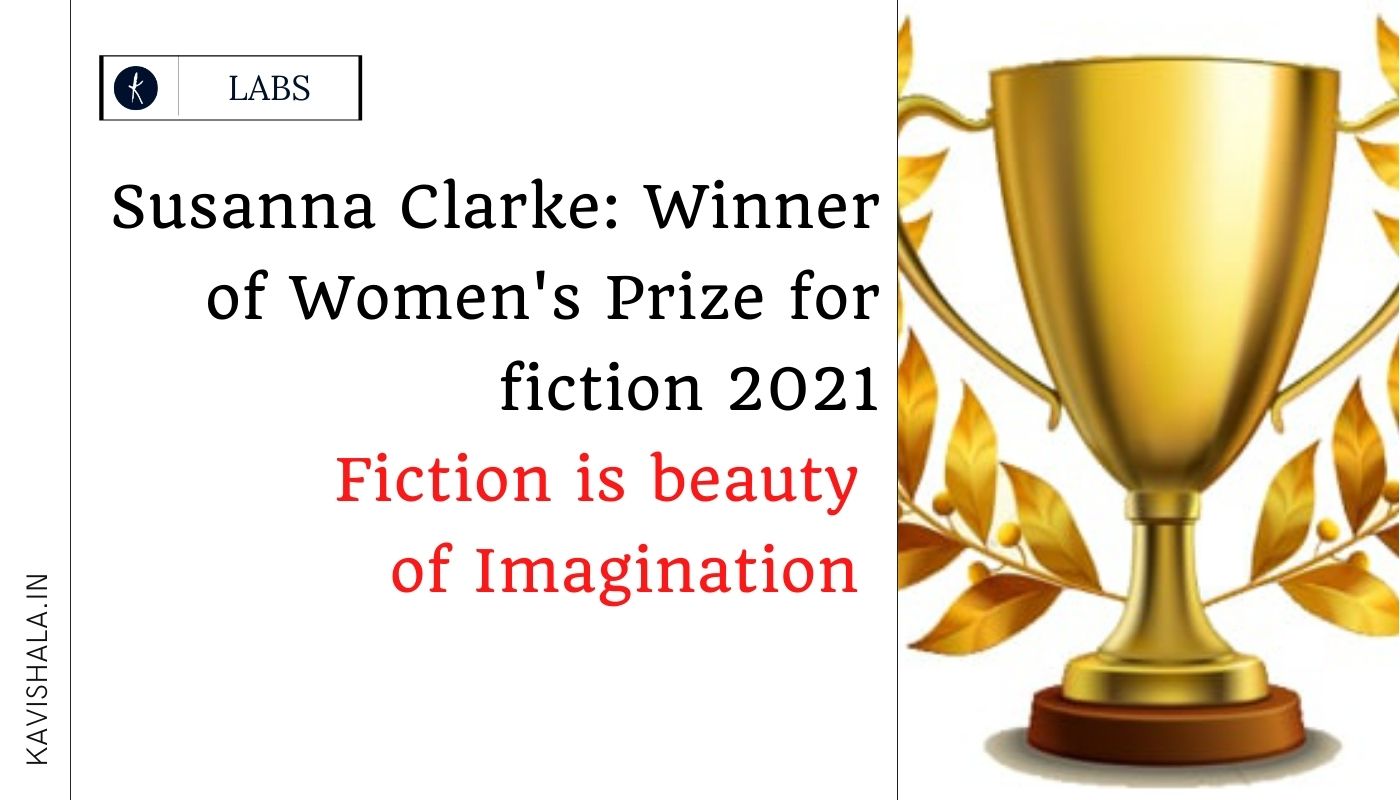 The Literature is over the moon to reveal Susanna Clarke's achievements who had won one of the most prestigious Awards of the year in writing. She had bagged the 2021 Women’s Prize for Fiction with her 2nd novel Piranesi.

At the awards ceremony in Bedford Square Gardens, London, hosted by Novelist and Women’s Prize Founder Director, Kate Mosse – the 2021 Chair of Judges, Bernardine Evaristo presented Susanna with the £30,000 prize, endowed by an anonymous donor, and the ‘Bessie’, a limited edition bronze figurine by Grizel Niven.

What Judges said about the Winner?

2021 Grand Chair of Judges Bernardine Evaristo, said: “We wanted to find a book that we’d press into readers’ hands, which would have a lasting impact. With her first novel in seventeen years, Susanna Clarke has given us a truly original, unexpected flight of fancy which melds genres and challenges preconceptions about what books should be. She has created a world beyond our wildest imagination that also tells us something profound about what it is to be human.”

The talented author Susanna Clarke’s Piranesi (2020) has won the 2021 Women's Prize for Fiction, the news had announced on the 8th of September at London’s Bedford Square Gardens. Many Publishing Perspectives readers will know Clarke as the author of the 2004 Bloomsbury release, Jonathan Strange & Mr. Norrell, which was sold into at least 34 countries and produced as a television series by the Curtis Brown Group’s Cuba Pictures with BBC and BBC America in 2015.

Here are some lines from her book Jonathan Strange & Mr. Norrell -

“Not long, not long my father said

Not long shall you be ours

The Raven King knows all too well

Which are the fairest flowers.

The priest was all too worldly

Though he prayed and rang his bell

The priest said it was well

Her arms were all too feeble

Though she claimed to love me so

The Raven King stretched out his hand

She sighed and let me go

The land is all too shallow

It is painted on the sky

When the Raven King goes by

For always and for always

I pray to remember me

Upon the moors, beneath the stars

With the King’s wild company.”