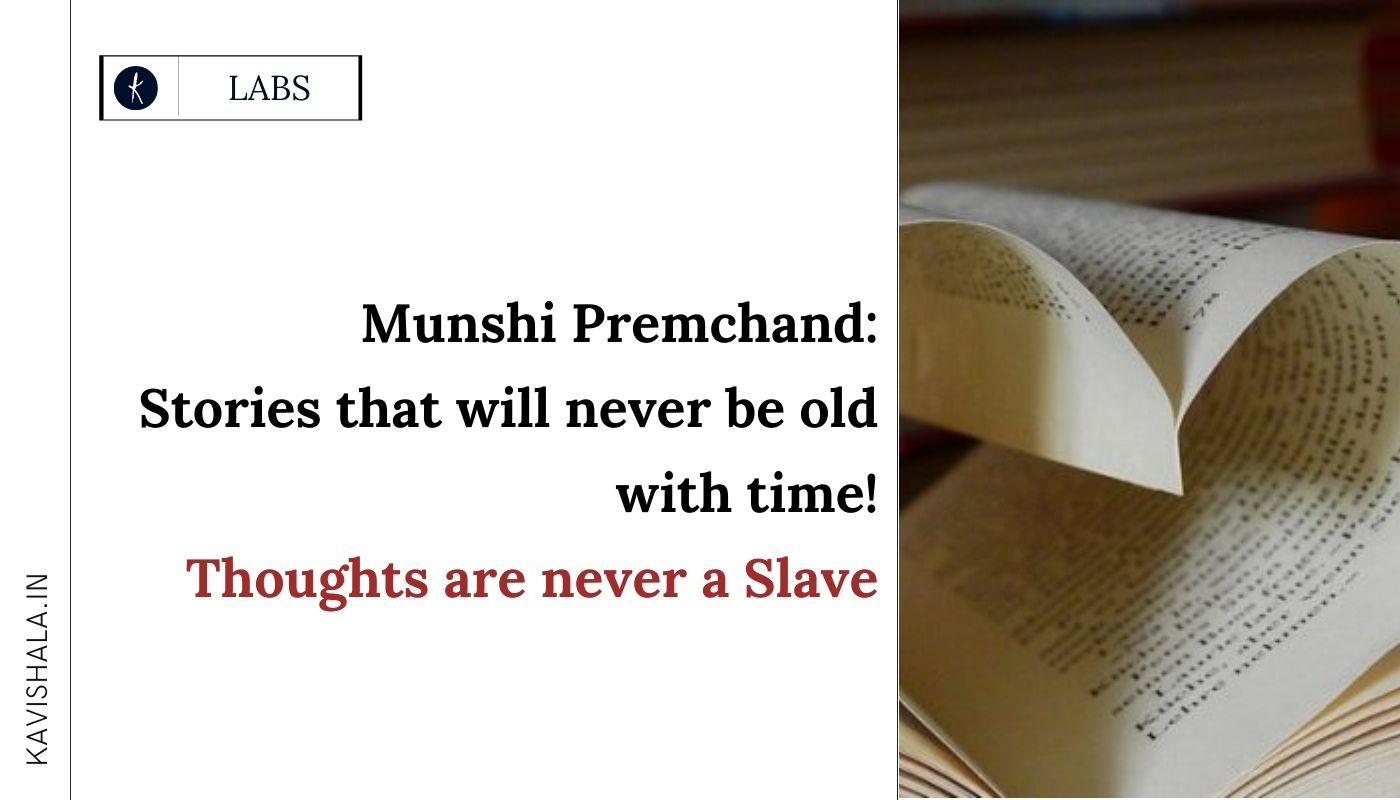 Munshi Premchand : Stories that will never be old with time!

and see how they do it.

an apprentice and studies the master.

If it's good, you'll find out.

If it's not, throw it out of the window."

Literature that will never be old with time -

Reading a classic book has never finished saying what it has to say. All the way out his approximately 300-odd short stories are classics in their own fashion, for they tell us about love, compassion, cruelty, deception, and nationalism.

Well, a writer's legacy lives through his stories and ideas. These stories are inspired by the world that we live in. Such are the stories of a legendary early 20th-century writer Dhanpat Rai Shrivastav, famously known as Munshi Premchand.

Born in the small town of Lamhi, on the outskirts of Varanasi, this illustrious writer had a lot to share with the world. Known for providing Hindi literature with a new direction, Premchand provided a fresh look into the trials and tribulations in the life of a common man.

His work reflected the socio-economic conditions that existed during the nationalist movement as he spoke about issues such as prostitution, the feudal system, poverty, widow remarriage, etc.

The Swadeshi movement which was started around the same time still stands strong as we are now urged to be vocal for local.

It is striking how our country still battles the themes that are predominantly visible in the books of Munshi Premchand.

Premchand wrote in Hindi and Urdu—all his stories are available in both Hindi and Urdu as a result of translation—and most of the stories in these volumes are translated by Asaduddin.

However, Premchand had many times felt a deep affinity with the common man, and his natural sympathy was towards the oppressed and deprived sections of society.

Another circle of perceptive observer Amrit Rai reminds us that throughout his life Premchand did not let go of his unsentimental awareness of the grim realities of rural life, of life at the bottom of the economic scale.

Willingly, Premchand quarreled with the priestly class and remained a trenchant critic of caste injustice. Likewise, in Babaji’s Feast, he depicts the greed of a Brahmin who has no compunction in robbing a poor family of its means, and in Funeral Feast he showed how predatory and parasitical Brahmins drove another Brahmin woman to destitution and led her daughter to suicide.

A renowned entity Vasudha Dalmia has recently pointed out how ahead of time Premchand was: “In his fiction, written over the 3 decades in the early century when Premchand presented what academic scholarship was to face squarely only towards the close of that century.”

Editor and translator Asaduddin points out that a considerable number of Premchand’s stories dealt with the plight of women.

He was deeply sensitive and thoughtful to the suffering of women in a patriarchal society where they had no agency and lived their lives according to the whims and fancies, rules, and regulations of the men on whom they were dependent.