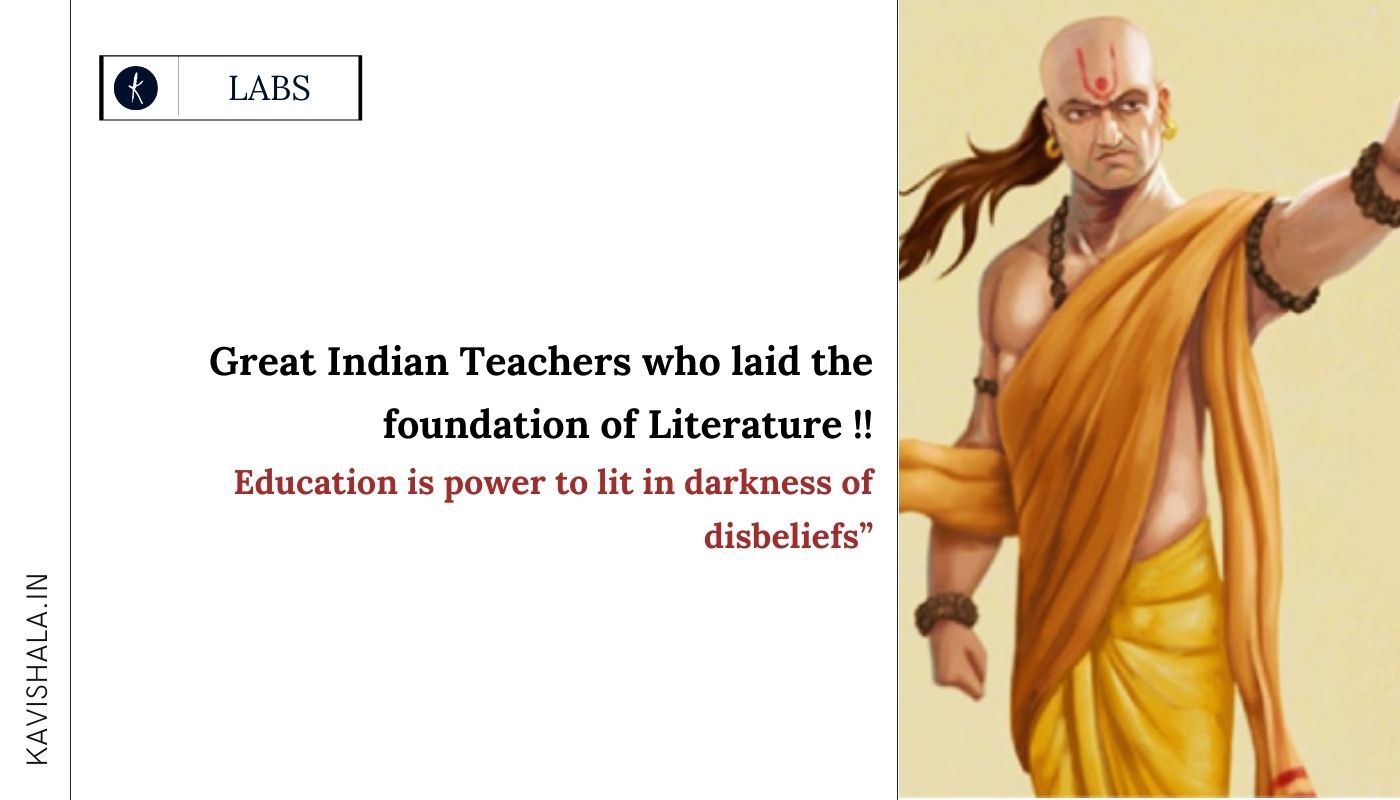 Great Indian Teachers who laid the foundation of Literature !

Glorious Indian teachers who worked for Educational Upliftment in society and became great writers of all times :

5th Sept of every year is celebrated as the birth anniversary of Dr. Sarvepalli Radhakrishnan and has been given the honor of being known as Teachers' Day. Have a look at the finest teachers who made India great.

- it consumes itself to light the way for others"

Our Indian Teachers have created the most prominent history and are considered as one of the noblest transformers of all time. Devising India has a deep-rooted history as far as the field of education is concerned and the contribution of our very skilled educationalists and teachers has been acknowledged globally.

Kavishala presents the finest Indian teachers who made our society a great place for budding learners and zeal to serve the nation and who have left evergreen marks in the field of education. And, this is how we are seeing the World growing faster every day in the field of modern teaching techniques to the sole responsibility of building a strong nation.