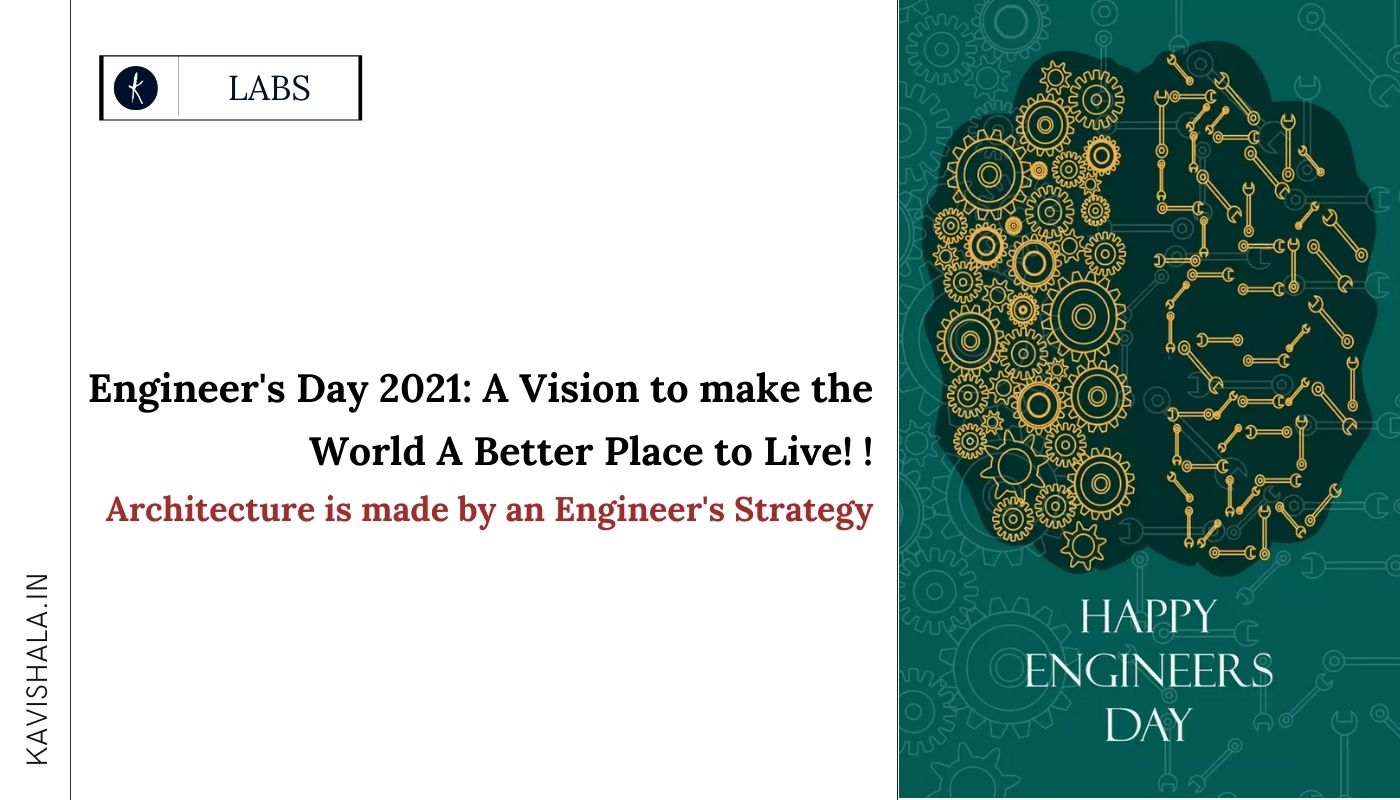 Engineer's Day 2021: A Vision to make the World Better Place to Live!

Engineer's Day is celebrated on 15th Sept. of every year to mark the birth anniversary of Mokshagundam Visvesvaraya.

If there are no problems handily available,

they will create their own problems.

On Indian Engineer's Day, the nation remembers the contributions of Visvesvaraya to society.

Previously he was an assistant engineer in the Public Works Department of the Govt. of Bombay and made significant contributions to many technical projects in Mysore, Hyderabad, Odisha, and Maharashtra. He was appointed as the Diwan of Mysore in 1912 and as a chief engineer, he constructed the famous Krishna Raja Sagara Dam Mysore.

-He was known for his tremendous irrigation techniques and intense flood disaster management skills.

-He had written various books, such as 'Reconstructing India' and 'Planned Economy of India'.

Engineer's Day 2021 is based on the theme of 'Engineering for A Healthy Planet- Celebrating the UNESCO Engineering Report'.

Kavishala pays tribute to all the Engineers of the World to make it a better place for mankind:-

Arrives at the drawing

Design When comes to field

Its purpose is relative to humanity

Irrespective of America or Iran

Measure is the same everywhere

This is his religion & faith.

Can not hide for a moment

That's where he becomes

There is no avoiding them

Where he finds interesting work

Becomes a citizen there.

A Poet and an Engineer :

Amitava Bhattacharyya - He majorly works on translations, and writes poetry and articles for magazines in Kolkata. Amitava Bhattacharya's habit of writing had developed from a young age. In his college days, he wrote verse which was later published in a book titled Prachchhadey Antaralaye. He is also a Civil Engineer by profession.