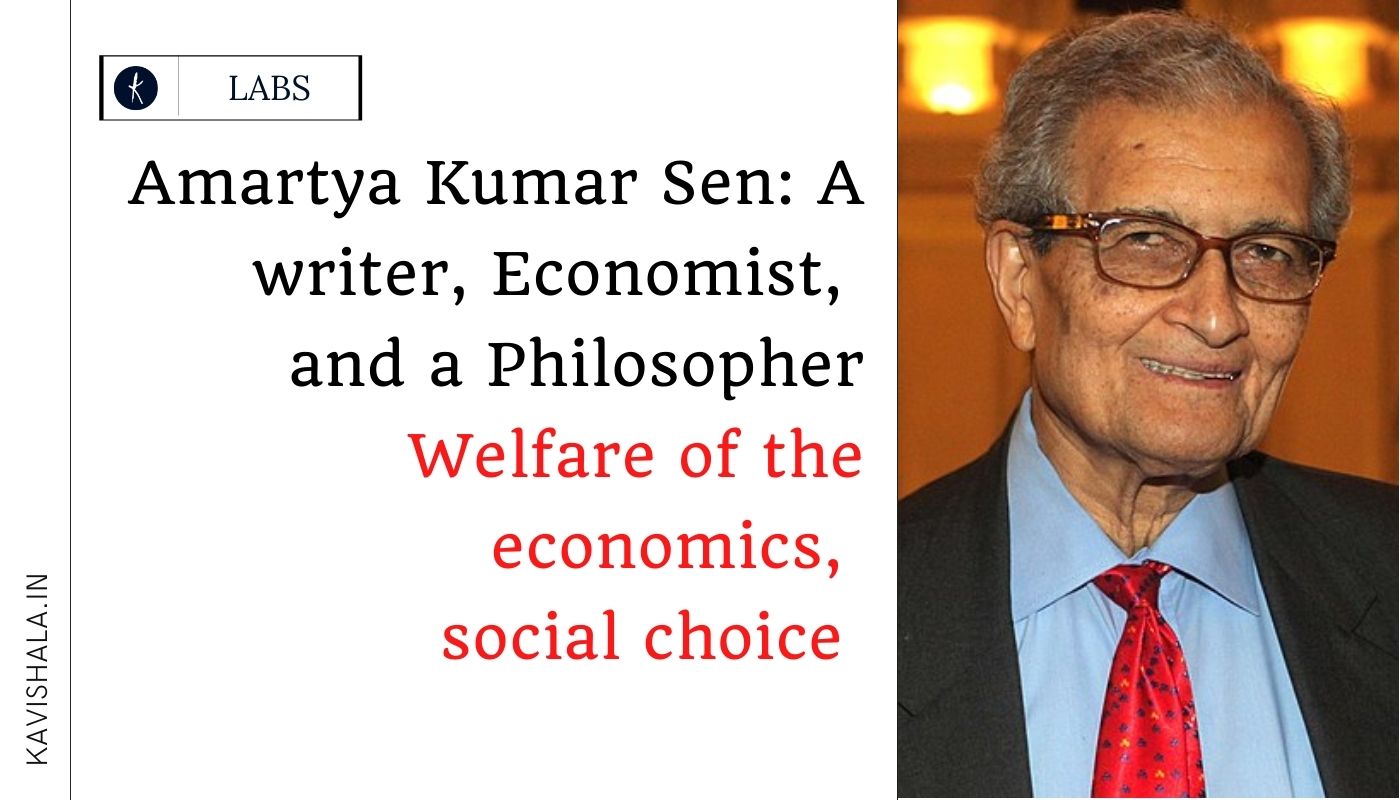 Amartya Kumar Sen : A writer, Economist and a Philosopher

Amartya Kumar Sen came into this world on the 3rd of Nov, 1933. He is an Indian economist and philosopher, who has taught and worked in the UK and the US.

Amartya Sir has made contributions to the welfare of the economics, social choice theory, economic and social justice, economic theories of famines, decision theory, development economics, public health, and measures of well-being of countries.

A poem was written by Bijay Kant Dubey on him-

Rather than your personal life

Punctuated by the arrival of three ladies,

But the marriage broke as for your departure to foreign

And thereafter married you Eva Colorni in 1973

But she passed away untimely

And finally turned you to Rothschild

And the rest I do not know

And from Nabaneeta you had two daughters,

And from Colorni who died of cancer,

I do not know it all.

The credit also goes to those

Who made him the professor and head

Of the department of economics

At a very young age

And to your teachers

Who recognized and supported you

Think it, had they not,

What would it happen,

The JNU lobby too helped you grow

And the support of Rothschild too

And in the award to him,

I find the extension of the papers

Of so many talented Bengali economists

Who could have risen, but better served Bengal?

Currently being a Thomas W. Lamont University Professor, and Professor of Economics and Philosophy at Harvard University. He had formerly served as Master of Trinity College at the University of Cambridge. The proud moment in his life was when The German Publishers and Booksellers Association awarded him the 2020 Peace Prize of the German Book Trade for his pioneering scholarship addressing issues of global justice and combating social inequality in education and healthcare.

Books Written By Him