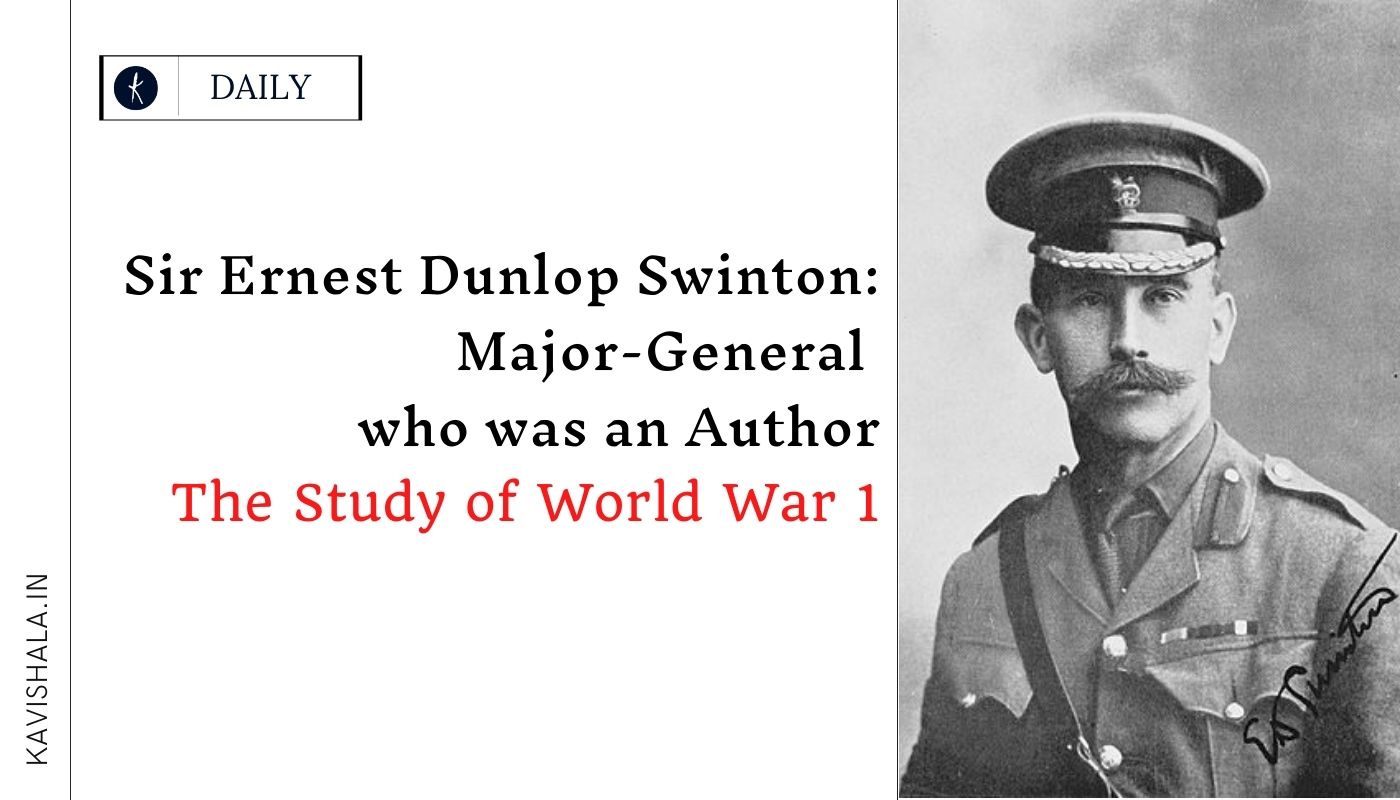 Sir Ernest Dunlop Swinton : Major-General who was an Author

“The fighter who give their all will be around next year.

Kavishala presents a brief biography of Major-General Sir Ernest Dunlop Swinton, KBE,CB,DSO who was born on 21st of Oct,1868 in Bengaluru India and a British Army officer who played a part in the development and adoption of the tank during the World War I.

Although being a war correspondent and Author of several short stories on military themes. He is credited, along with fellow officer Lieutenant-Colonel Walter Dally Jones, having initiated the use of the word "tank" as a code-name for the first tracked, and armoured fighting vehicles. He had published several books of non-fiction and fiction including two books under the pseudonym O'le Luk-Oie.

I Am the Very Model of a Modern Major-General

I am the very model of a modern Major-General,

I know the kings of England, and I quote the fights historical

From Marathon to Waterloo, in order categorical;

I understand equations, both the simple and quadratical,

About binomial theorem I’m teeming with a lot o’ news,

With many cheerful facts about the square of the hypotenuse

I know the scientific names of beings animalculous:

In short, in matters vegetable, animal, and mineral,

I am the very model of a modern Major-General.

I know our mythic history, King Arthur’s and Sir Caradoc’s;

I answer hard acrostics, I’ve a pretty taste for paradox,

I quote in elegiacs all the crimes of Heliogabalus,

In conics I can floor peculiarities parabolous;

I can tell undoubted Raphaels from Gerard Dows and Zoffanies,

I know the croaking chorus from the Frogs of Aristophanes!

Then I can hum a fugue of which I’ve heard the music’s din afore,

And whistle all the airs from that infernal nonsense Pinafore.