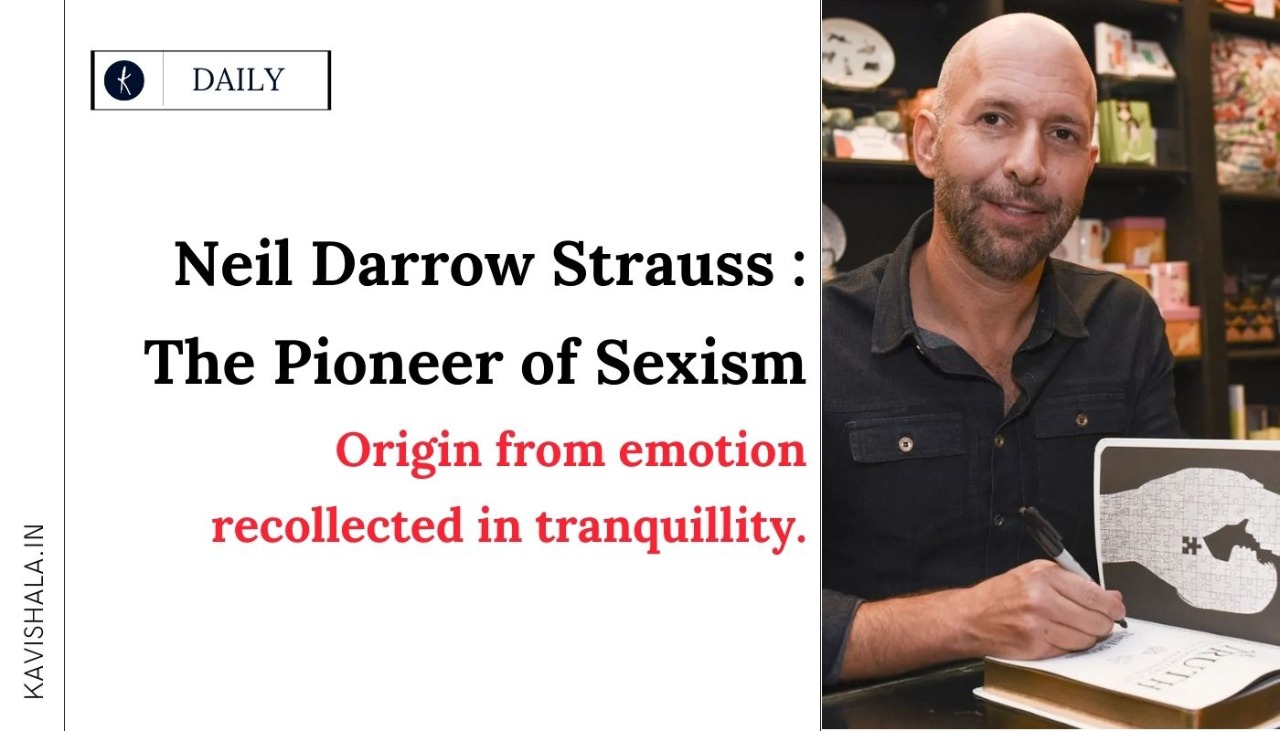 'Poetry is the spontaneous overflow of powerful feelings:

it takes its origin from emotion recollected in tranquillity.'

Neil Darrow Strauss an American Author, Journalist, and Ghostwriter knew by the pen names Style and Chris Powles, was born on the 13th of Oct, 1973. Best known for his book The Game: Penetrating the Secret Society of Pickup Artists, in which he explains his experiences in the seduction community in an effort to become a "pick-up artist."

Also, a contributing editor at Rolling Stone and also wrote regularly for The New York Times.

Strauss was cordially invited by Jon Pareles to become a music critic at The New York Times where he wrote the Pop Life column and front-page stories on Wal-Mart's CD-editing policies.

Strauss also contributed to Esquire, Maxim, Spin, Entertainment Weekly, Details, and The Source in addition to writing liner notes for albums by Nirvana and others. He has also appeared in Beck's music video Sexx Laws which also featured Jack Black, in Thirty Seconds to Mars video Up in the Air, and he made a brief appearance as a cancer patient in episode 4, season six of Curb Your Enthusiasm.

The War of Games and seduction

After leaving The New York Times to ghostwrite Jenna Jameson's memoirs, Strauss joined a sub-culture of pick-up artists known as the seduction community, creating the persona of "Style" in 2001 and pseudonym of "Chris Powles", eventually publishing an article in The New York Times about his experiences in 2004. In 2005, he published The Game: Penetrating the Secret Society of Pickup Artists, a book about his transformation into "Style", a pickup artist under the tutelage of Mystery. In addition to documenting his experiences with pickup artists like Mystery, Steve P, Rasputin (Hypnotica), Ross Jeffries, and numerous others, it also describes his interactions with celebrities including Britney Spears, Tom Cruise, and Courtney Love

Strauss has continued to be involved with pickup artistry through his dating coaching company Stylelife Academy, founded in 2007. Most of the coaching is done by employed coaches, rather than Strauss himself, though he does make appearances at yearly conferences and in some video products sold by the company.

Life changed after marriage and divorce

On August 31, 2013, Strauss married the model Ingrid De La O, whom he met in 2010. Before the wedding, he held a funeral-themed bachelor's party, laying to rest his 'Style' persona.

In March 2015, Strauss had a child and shared the news on his website, along with information on his new book, The Truth: An Uncomfortable Book About Relationships, which was released on October 13, 2015. The Truth, a sequel to The Game, covers his struggles to build and maintain a relationship with Ingrid after his years of immersion in the seduction community.