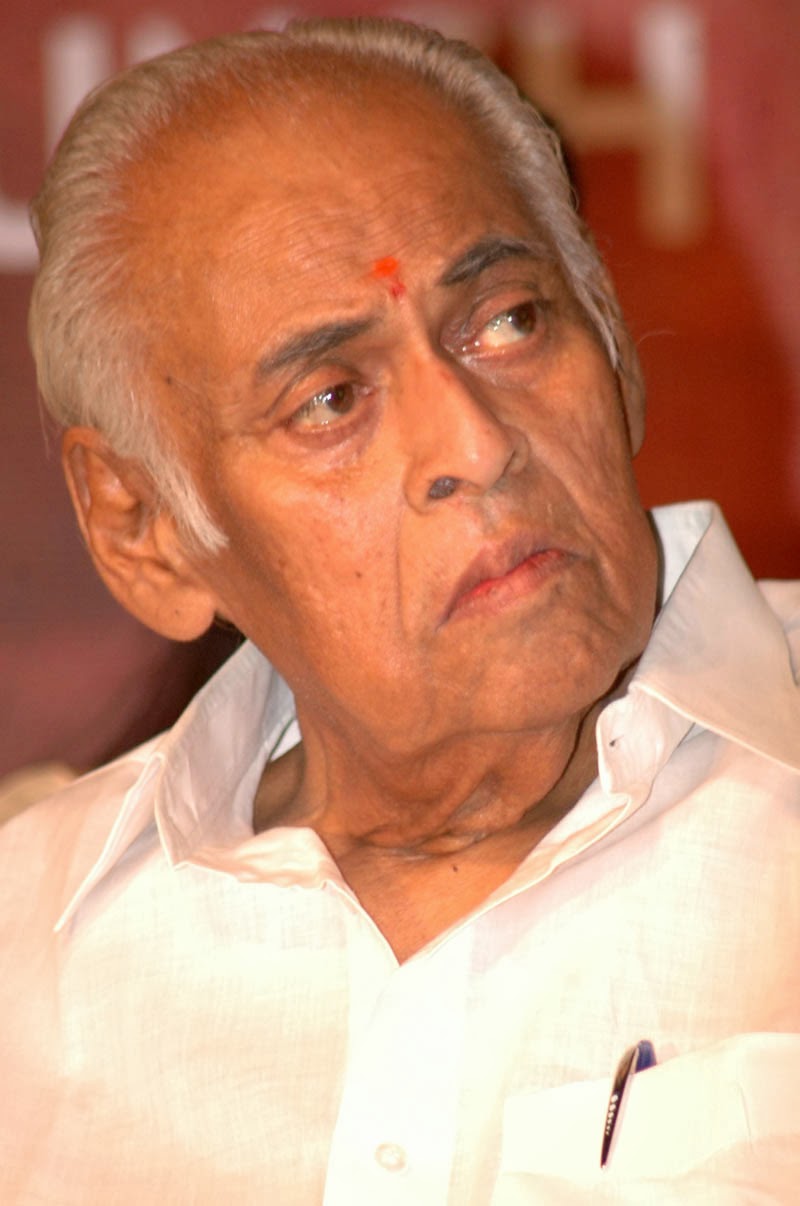 Veturi Sundararama Murthy (29 January 1936 – 22 May 2010) was an Indian poet and lyricist who is popular for writing Telugu songs. His career in the Telugu cinema spanned more than four decades.[4] He was highly admired and cherished for his deep and meaningful lyrics in Telugu songs. He was considered an inspiration by many lyricists.

Awards and honors
Veturi received several national and regional awards for his contributions to literature and films. He has been conferred an honorary Doctorate in the 23rd convocation of Acharya Nagarjuna University. In 2007, he received the Jandhyala Memorial Award.

bust of Veturi at Tummalapalli Kshetrayya Kalakshetram Vijayawada
National Awards
He got the National Film Award for Best Lyrics for the song "Ralipoye Puvva" (Telugu: రాలిపోయె పువ్వా) in the film Matrudevobhava, making him the second Telugu film lyricist to achieve the distinction after the revolutionary poet, Sri Sri. In 2006, he declared that he would return the National Award if Telugu is not given the status of Classical Language by the Government of India. In 2008, the Government of India declared Telugu as a classical language.[

Filmfare Awards
He received filmfare award for the song, Uppongele Godavari (Telugu: ఉప్పొంగెలే గోదావరి) in the 2006 movie, Godavari. In 2008, he received the Filmfare Lifetime Achievement Award.

Nandi Awards
He received the Nandi award for best lyrics, from the Government of Andhra Pradesh, six times. They are listed here.