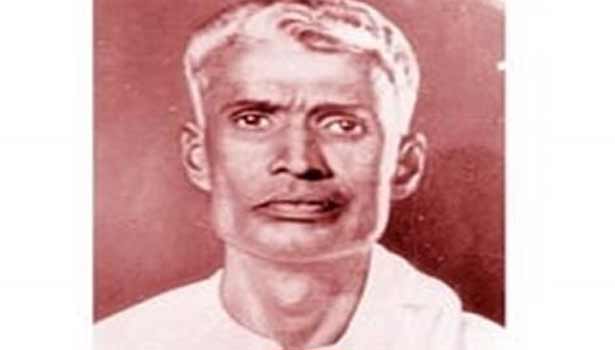 Udumalai Narayana Kavi (25 September 1899 – 23 May 1981) was a tamil poet.
Udumalai Narayana was born on 25 September 1899 in Poolavadi, a small village in Udumalaipettai taluk, Tiruppur district, Tamil Nadu, India. His parents died at a very young age and poverty deprived him of school. With the help of his brother, he made a small living selling matchboxes to the nearby villages. Even when young he had a keen interest in play and music. He initially started off acting in plays at the local temple and then got connected with some leading play groups in Tamil Nadu. Today's Kollywood is an amalgamation of several of those play groups.
He is best known for writing several lyrics that were used in the freedom movement in his early days and between 1950 and 1972. He wrote lyrics for several Tamil movies. Several of the movies that he wrote lyrics for were box office hits including Velaikari, Nallathambi, Poompuhar, Manohara. He was affectionately known as "Kaviraayar" in the movie industry. He was also associated with N. S. Krishnan the famous comedian in the 1940s. In Manohara, he was paid 15000 per song , which was highly paid in those days. He written only for PUC Chinnappa , while Papanasam sivam written songs for Thiyagaraja bhagavathar.
In respect for his contribution to Tamil and its people, the government of Tamil Nadu has erected a memorial for him at Udumalaipettai. What made Narayana Kavi very popular was his ability to use simple language that could be understood even by peasants. He died in 1981.
Filmography