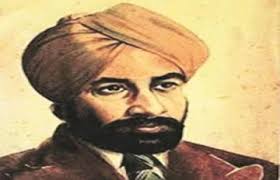 Rajinder Singh Bedi (1 September 1915 – 1984) was an Indian Urdu writer of the progressive writers' movement and a playwright, who later worked in Hindi cinema as a film director, screenwriter and dialogue writer.
As a screenwriter and dialogue writer, he is best known for Hrishikesh Mukherjee's films Abhimaan, Anupama and Satyakam; and Bimal Roy's Madhumati. As a director he is known for Dastak (1970), starring Sanjeev Kumar and Rehana Sultan and Phagun (1973), starring Dharmendra, Waheeda Rehman, Jaya Bhaduri and Vijay Arora. He wrote his scripts in Urdu, like a number of other prominent screenwriters at the time.
Bedi is considered one of the leading 20th century progressive writers of Urdu fiction, and one of the most prominent Urdu fiction writers. He is most known for 'disturbing' Partition of India tales.