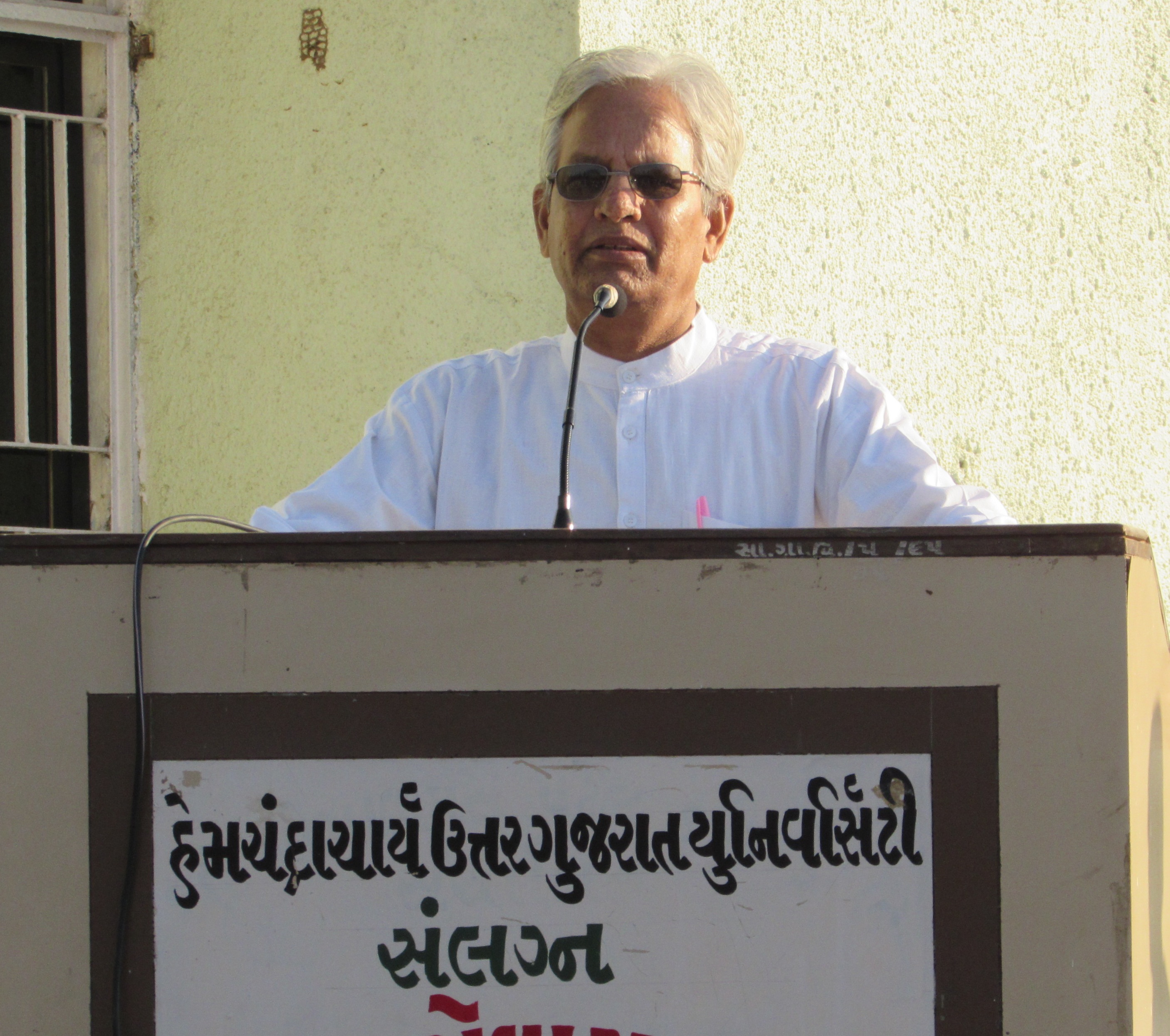 Phoolchand Gupta (born 30 October 1958) is an Indian Hindi and Gujarati language poet, writer and translator. He hails from Himmatnagar, Gujarat, India. He made significant contributions to the Gujarati Dalit literature. Hindi Sahitya Akadami of state awarded him in 2013 for his book Khwabkhwahon Ki Sadi Hai. He won the Shafdar Hashmi Prize (2000) for his book Isi Mahol Mein.
Gupta started his career in 1980 as a clerk at a private transport company in Ahmedabad. From 1987 to 1988, he served as a journalist at Young India, a daily. In 1989, he joined Sabargram Vidyapith, Sonasan in Prantij as a professor of English literature.
He started writing poems during his school days. His first poem was published in 1973. Subsequently, his writings were published in Gujarati and Hindi literary magazines including Hansa, Samkaleen Bharatiya Sahitya, English Literature, Nirikshak, Navneet Samarpan and Kumar. He started writing in Gujarati after moving to Prantij.