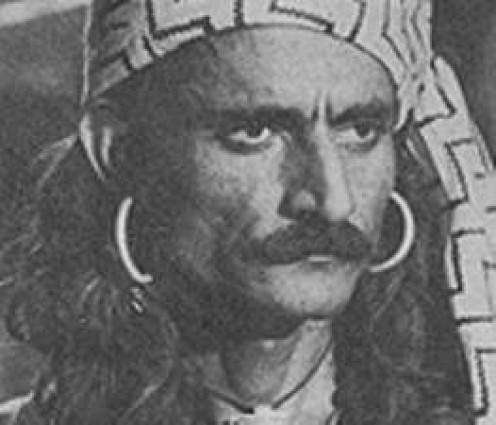 Mohammad Sanaullah Dar (25 May 1912 – 3 November 1949), better known as Meeraji was an Indian Urdu poet. He lived the life of a bohemian, working only intermittently.

Literary life
Meeraji was associated with Adabi Duniya (Lahore), and later worked for All India Radio, Delhi. He wrote literary columns for the monthly Saqi (Delhi) and for a short period helped editing Khayal (Bombay). After Partition, he settled permanently in Bombay.

From his teenage days, Meeraji felt attracted towards Hindu mythology. He often used Hindi vocabulary in his poetry, prose and letters. He acknowledged his debt to the Sanskrit poet Amaru and the French poet Baudelaire. He also translated certain works of the Sanskrit poet, Damodar Gupta and of the Persian poet, Omar Khayyam.

Meeraji is considered to be one of the pioneers of symbolism in Urdu poetry, and especially introducing Free Verse. Along with N. M. Rashid, he was a leading poet of the group Halqa-e Arbab-e Zauq, which broke away from the classic convention of radeef and qafia, explored the rich resources of blank verse and Free Verse, rejected the confines of the socially "acceptable" and "respectable" themes, rejected the stranglehold of Persianised diction, and explored with sensitivity and skill, the hitherto forbidden territories of sexual and psychological states. He also wrote illuminating criticism of poetry and yearned to alter the expression of his age.

Works
Meeraji's literary output was immense but he published very little of his poetry during his lifetime. However, Khalid Hasan, in his article "Meera Sen's forgotten lover,"[citation needed] records that during Meeraji's lifetime four collections of Meeraji's works were published by Shahid Ahmed Dehlavi, and one by Maktaba-e-Urdu, Lahore. His complete works Kulliyat-e-Meeraji appeared only in 1988 edited by Dr. Jameel Jalibi.Dr Jameel Jalibi again edited the Kulliyat and published in 1994 from Lahore with all his remaining works. Another collection titled Baqiyat-e-Meeraji was edited by Sheema Majeed in 1990. A book titled "Iss Nazm Mein" containing Essays of Meeraji was published during his lifetime.