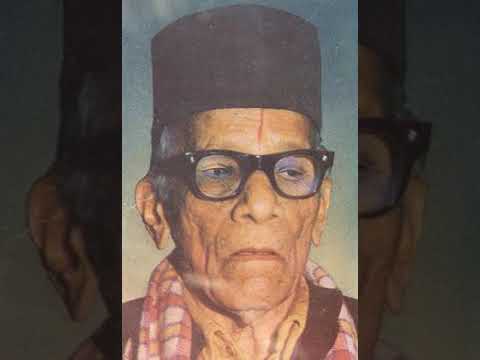 Masti Venkatesha Iyengar (6 June 1891 – 6 June 1986) was a well-known writer in Kannada language. He was the fourth among Kannada writers to be honored with the Jnanpith Award, the highest literary honor conferred in India. He was popularly referred to as Maasti Kannadada Aasti which means "Maasti, Kannada's Treasure". He is most renowned for his short stories. He wrote under the pen name Srinivasa. He was honoured with the title Rajasevasakta by then Maharaja of Mysore Nalvadi Krishnaraja Wadeyar.
Maasti was born in 1891 at Hungenahalli in Kolar district of Karnataka in a Tamil speaking Sri Vaishnavaite family. He spent his early childhood in Maasti village. He obtained a master's degree in English literature (Arts) in 1914 from Madras University. After joining the Indian Civil Service (Known as the Mysore Civil Service in the days of the Maharaja of Mysore), he held various positions of responsibility in different parts of Karnataka, rising to the rank of District Commissioner. After 26 years of service, he resigned in 1943, as a protest when he did not get the post equivalent to a Minister, which he felt that he deserved, and a junior was promoted ahead of him. He wrote some pieces in English and then switched to writing in the Kannada language. He often used the pen name Srinivasa.
Books: