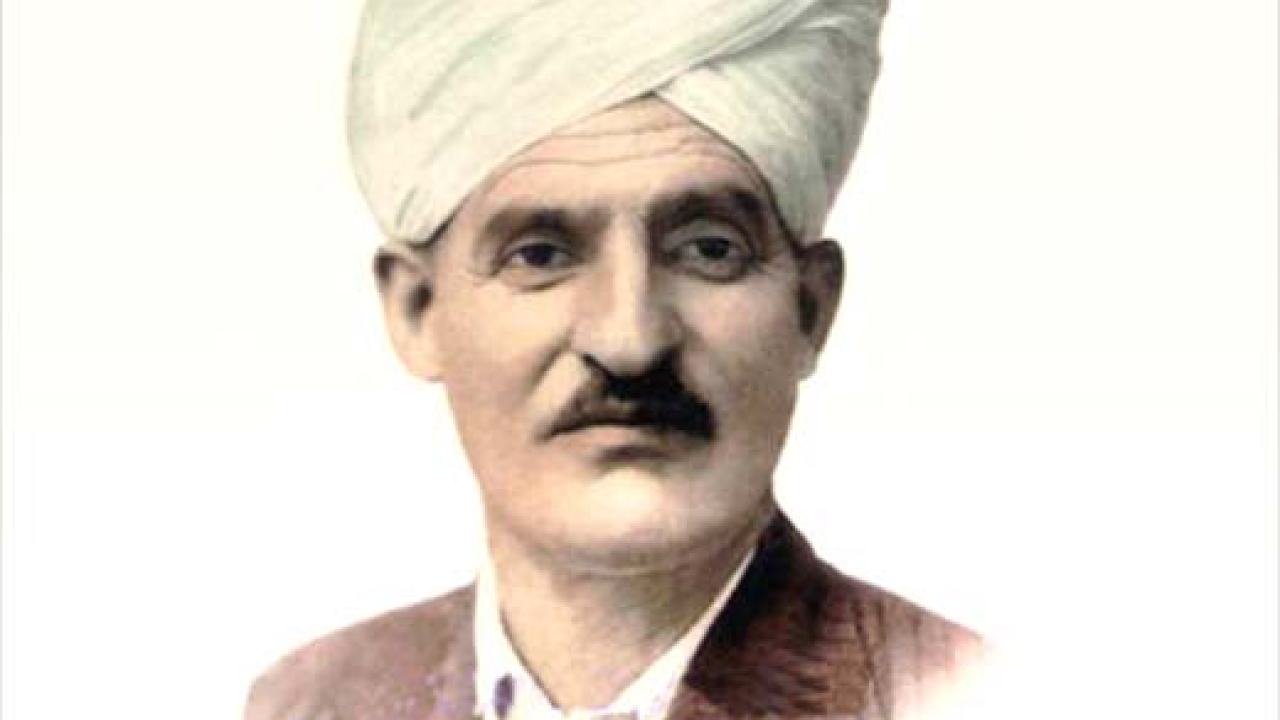 Peerzada Ghulam Ahmad (August 1887 − 9 April 1952), known by his pen name as Mahjoor, was a poet of the Kashmir Valley, along with contemporaries, Zinda Kaul, Abdul Ahad Azad, and Dinanath Nadim. He is especially noted for introducing a new style into Kashmiri poetry and for expanding Kashmiri poetry into previously unexplored thematic realms. In addition to his poems in Kashmiri, Mahjoor is also noted for his poetic compositions in Persian and Urdu. Mahjoor was born in the village of Mitrigam, Pulwama, 38 km from Srinagar and 5 km from Pulwama. He got his pen name Mahjoor when he visited Punjab and started writing poetry under the influence of great Urdu poet, Shibli Namani. He followed in the academic footsteps of his father, who was a scholar of Persian language. He received the primary education from the Maktab of Aashiq Trali (a renowned poet) in Tral. After passing the middle school examination from Nusrat-ul-Islam School, Srinagar, he went to Punjab where he came in contact with Urdu poets like Bismil Amritsari and Moulana Shibi Nomani. He returned to Srinagar in 1908 and started writing in Persian and then in Urdu. Determined to write in his native language, Mahjoor used the simple diction of traditional folk storytellers in his writing. Mahjoor worked as a patwari (regional administrator) in Kashmir. Along with his official duties, he spent his free time writing poetry, and his first Kashmiri poem 'Vanta hay vesy' was published in 1918.
Many of the themes of the poetry of Mahjoor involved freedom and progress in Kashmir, and his poems awakened latent nationalism among Kashmiris. His popular verses engaged such topics as love, communal harmony, social reform, and the plight of the Kashmiris. He also wrote on such timeless themes as youth, the flowers of Nishat Garden, peasant girls, gardeners, and the golden oriole. At that time, such songs were unknown in formal Kashmiri poetry. Mahjoor is also recognized as a poet who revolutionized the traditional forms of nazm and ghazal. In 1972, a bilingual film named Shayar-e-Kashmir Mahjoor was released with the Hindi version starring Balraj Sahni. A square in Srinagar is named after him. He is buried near the poet Habba Khatoon at a site near Athwajan on the Jammu-Srinagar national highway. A song featured in Coke Studio Explorer, "Ha Gulo" is written by Mahjoor and was sung by Kashmiri regional band Qasamir.