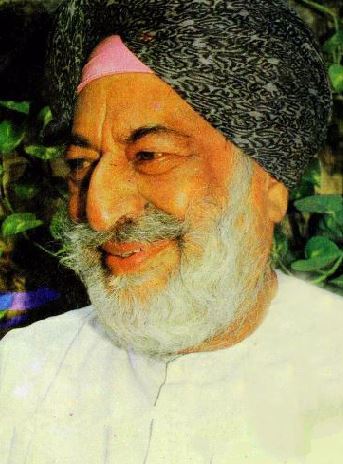 Kunwar Mohinder Singh Bedi(9 March 1908 - 18 July 1984) Urdu: کنور مہیندرا سنگھ بیدی سحر‎ pen name Sahar was an Indian Urdu poet. The Times of India called him a "noted Urdu poet".
Career
His poetry is varied and includes traditional themes of love and yearning but also themes of unity, peace between India and Pakistan and humor. His poetry is considered to belong to the same transreligious and transnational tradition as that of other well-known poets from the Indian subcontinent such as Muhammad Iqbal, Faiz Ahmad Faiz and Ahmad Faraz.

Sahar's first book of poetry was T̤ulūʻ-i saḥar (1962) (translation "Advent of Daybreak"; the title is a play on words as pen name "Sahar", in Urdu means daybreak). In 1983, he published a collection of autobiographical poetry titled Yādon̲ kā jashn ("A Celebration of Memories").

An international event to celebrate his poetry, called Jashan-e-Sahar ("A celebration for Sahar"), was held in the U.A.E. in 1992.

Poetry
An example of his use of humor to make a serious point is the following Ruba'i: