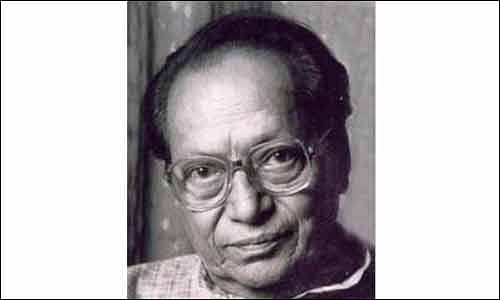 Kamleshwar (6 January 1932 – 27 January 2007) was a prominent 20th-century Hindi writer, and scriptwriter for Hindi cinema and television. Among his most well-known work are the films Aandhi, Mausam, Chhoti Si Baat and Rang Birangi. His text "George Pancham ki Naak" was also printed in CBSE Hindi Literature Book. He was awarded the 2003 Sahitya Akademi Award for his Hindi novel Kitne Pakistan (translated in English as Partitions), and also the Padma Bhushan in 2005.
He is considered a part of the league of Hindi writers like Mohan Rakesh, Nirmal Verma, Rajendra Yadav and Bhisham Sahni, who left the old pre-independence literary preoccupations and presented the new sensibilities that reflected new moorings of a post-independence India, thus launching the Hindi literature's Nayi Kahani ("New Story") movement in the 1950s.
Kamleshwar Prasad Saxena was born in the Mainpuri district of Uttar Pradesh, India, where he spent his early years. Kamleshwar's first story, "Comrade", was published in 1948.
Later he did his graduation and followed by a Master's degree in Hindi literature from Allahabad University. His first novel, Badnam Gali (Cursed Lane), was published while he was still a student; he later started his literary career in Allahabad itself.