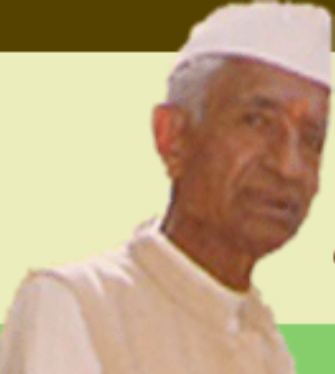 Harilal Upadhyay (Gujarati: હરિલાલ ઉપાધ્યાય) was a Gujarati novelist and poet. He wrote more than 100 books.
Harilal Upadhyay was born on 22 January 1916 in Mota Khijadiya village near Rajkot in a Brahmin family of Jadavji and Gangaben. His father was a priest in a temple at Makaji Meghpar. He completed his primary education from Paddhari while living with his father's elder brother Bhavanishankar and sister Dayakunwarben. He moved to Jamnagar and studied in Sanskrit Pathshala where he mastered in traditional rituals and texts under Trambakram Shastri.
He started writing poetry during his stay in Jamnagar. At the age of 13, he recited a poem in public. His first short story, "Hridaypalto", was published in Modhbandhu magazine at the age of 15, and another story was published in Beghadi Moj. He was connected with traditional bards and folk stories during this period. He was influenced by the bard Krishnada. He returned to Makaji Meghpar but he was not interested in priesthood. His uncle Bhavanishankar was also a traditional story teller and musician who used to go different princely states for performance in royal courts. He went with him to different places and started taking notes on folk stories, incidents and folk songs. He also learned poetry presentation from him. He met Vajubhai Shulka, an Indian independence activist from Rajkot. He studied politics there and also wrote a 500 stanza long poem, "Tanya". Vajubhai brought "Tanya" to Bombay. After reading it, Harilal was invited to Bombay by Amritlal Sheth, journalist and the founder of Janmabhoomi newspaper.
He moved to Bombay and published his first short story collection, Jeevanchhaya, on the insistence of K. M. Munshi. He later moved to Paddhari and continued to write from there.
He died on 15 January 1994 in Paddhari, Gujarat, India.