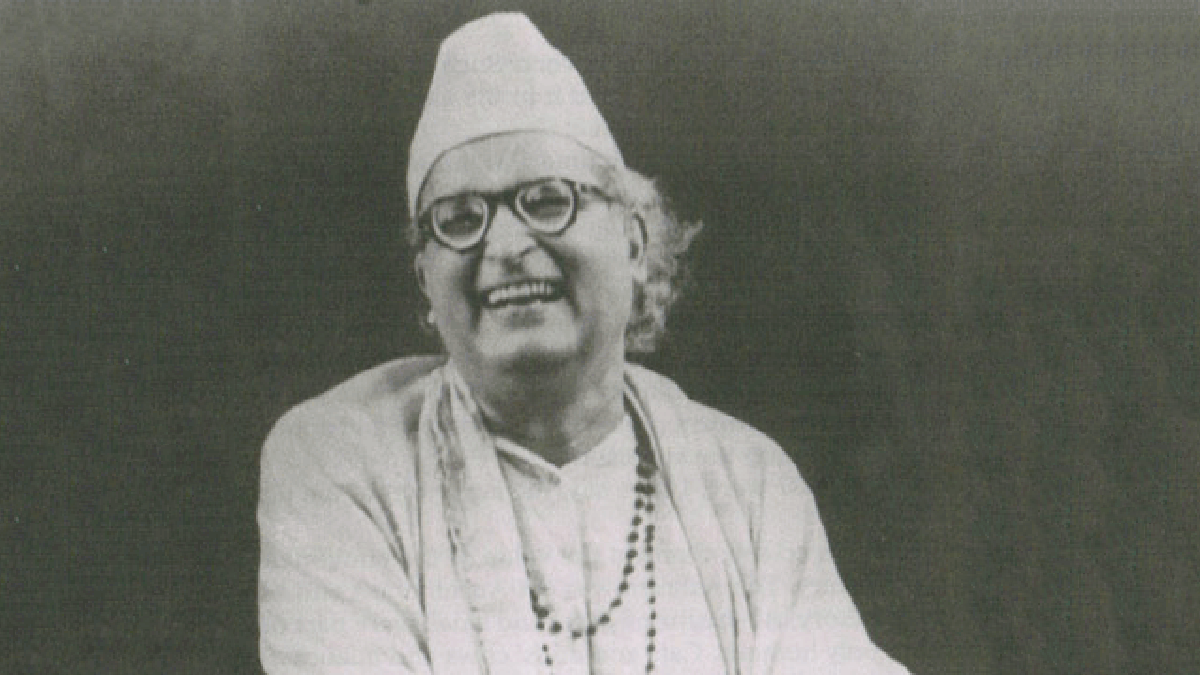 Dilipkumar Roy (22 January 1897 – 6 January 1980) was an Indian musician, musicologist, novelist, poet and essayist. He was the son of Dwijendralal Ray. In 1965, the Sangeet Natak Akademi, India's National Academy for Music, Dance and Drama, awarded him its highest honour for lifetime achievement, the Sangeet Natak Akademi Fellowship.
Son of Dwijendralal Ray (1863–1913), the Bengali poet, playwright, and composer, Roy and his younger sister Maya lost their mother Surabala Devi in 1903. On his father's side, the family descended from one of the apostles of the medieval Bengali saint Shri Chaitanya. His mother Surabala Devi was the daughter of distinguished homeopath physician Pratap Chandra Majumdar.
Since his childhood, Roy had a fascination for Sanskrit, English, chemistry and mathematics. His passion for music stopped him from securing the highest marks in the Matriculation examination: he stood the twenty-first and, with a scholarship, joined the Presidency College of Kolkata. Here he came close to Subhas Chandra Bose. With a first class honours in mathematics, he went to Cambridge in 1919 for a tripos. Shortly before this three-year trip to Europe, in his teens he had come under the personal spell of the musicologist Bhatkhande. Ray had taken advantage of his family background and learnt scores of popular and classical compositions. This forged his determination to embrace music as a vocation. Therefore, in 1920, in addition to the first part of his tripos, he passed also, the examination in Western music. Along with his lessons in piano, he grew fluent in French, German and Italian, before leaving for Germany and Italy to pursue his studies in music. Inviting Roy through the International Peace and Freedom Society, Romain Rolland arranged for him a seminar on Indian classical music in Lugano, and had his lectures translated and published in French. At this juncture, Roy met personalities like Bertrand Russell, Hermann Hesse, and Georges Duhamel. From Vienna, invited by president Masaryk, Roy visited Prague, on his way to Budapest, Rome, Florence and Naples, to discover the heart of the tradition of European music. The ancient modes like Ionian, Lydian, Mixolydian, Dorian, Aeolian, and Phrygian, reminded him, respectively, of the Indian that or melakarta ("parent scales") like Bilâval, Iman, Khamâj, Kâfi, Asâvari, and Bhaïravi