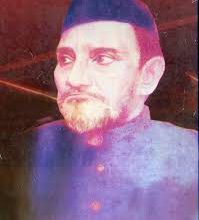 Bismil developed the nationalist views and took part in freedom movement, he attended the Calcutta Congress Session in 1920 where he recited his poem Sarfaroshi.

As poet
His maternal Grandfather and his maternal Uncle both were poets. He grew in Azimabad where the atmosphere was poetic and literary and it was from there he picked up the love for Urdu poetry. He chose the word Bismil (meaning hurt or wounded) as his pen name and became disciple of Khan Bahadur Shad Azimabadi, (1846-1929). He used to frequent Qutubkhana Anjuman Taraqqi Urdu Library, Patna. He is counted amongst notable poets of Patna.

Works
Most of his work was lost and the remaining was compiled and published by the name of Hikayat-i-Hasti in 1980 with the help of Khuda Bakhsh Oriental Library. His works are listed in the catalogues of various institutions, like, University of Chicago Library, Delhi Public Library, Delhi University Central Library System, etc. His works have been quoted in magazines & journals like, The London Magazine.

Ghazals
Bismil have written many ghazals, Sarforoshi being the most celebrated of them all.