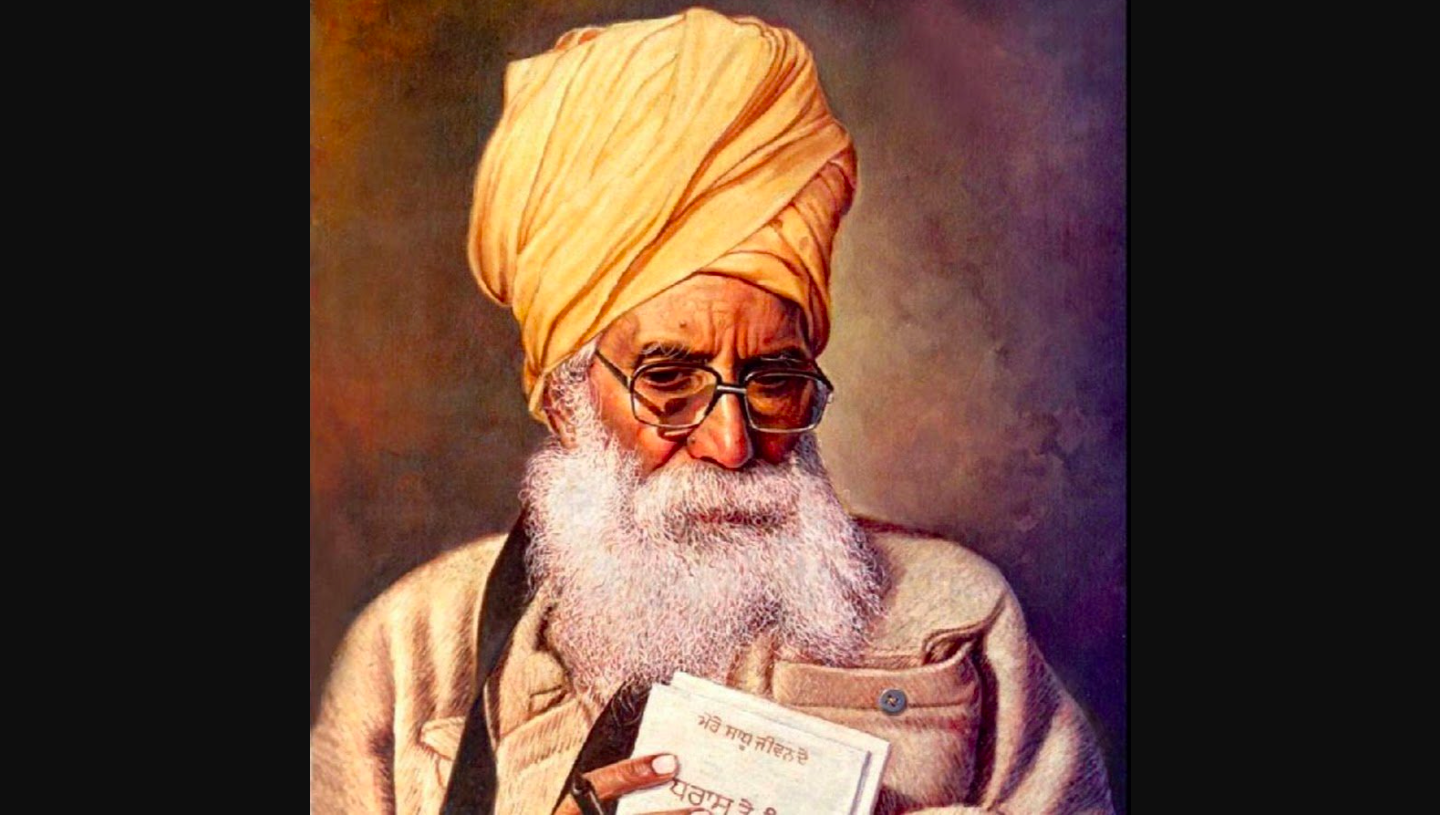 Bhagat Puran Singh (4 June 1904 – 5 August 1992) was born in Rajewal (Rohno) Ludhiana district, Punjab. Born into a Hindu family, he was given the name Ramji Das as a child. Later, while still a child, he chose to become a Sikh. Though he never finished his basic schooling, he became a writer, a (self) publisher, an environmentalist, and a philanthropist. He is perhaps best remembered for the home he founded in Amritsar, India, named Pingalwara, a home which long after his death, is still tending to the castaways of society: the sick, disabled and abandoned forlorn people.
As a young man he decided to dedicate his life to the 'selfless service of humanity'. He founded Pingalwara in 1947 with only a few patients, the neglected and rejected of the streets of Amritsar. An early advocate of what we today refer to as the 'Green Revolution', Bhagat Puran Singh was spreading awareness about environmental pollution, and increasing soil erosion long before such ideas became popular. Pamphlets with his writings on various subjects, such as environmental awareness, were printed on re-used paper and freely distributed.
He was honoured in 1981 by the Government of India with the Padma Shri award, given for exceptional and distinguished service in any field. (See List of Padma Shri award recipients (1980–89)) He was among the citizens of India who returned their awards and medals after the Indian army's attack on the Golden Temple in 1984. He died on 5 August 1992 in Amritsar.
Quotes: