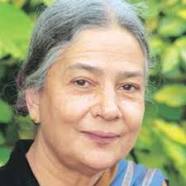 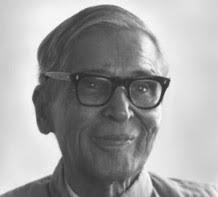 Anita Desai
0 Bookmarks 201 Reads0 Likes
“With her inner eye she saw how her own house and its particular history linked and contained her as well as her whole family with all their separate histories and experiences — not binding them within some dead and airless cell but giving them the soil in which to send down their roots, and food to make them grow and spread, reach out to new experiences and new lives, but always drawing from the same soil, the same secret darkness. That soil contained all time, past and future, in it. It was dark with time, rich with time. It was where her deepest self lived, and the deepest selves of her sister and brothers and all those who shared that time with her.”
“Her eyes opened at this sight against her will and she looked around the room almost in fear. But it was dark and shadowy, shaded by the bamboo screen at the door, the damp rush mats at the windows, the old heavy curtains and the spotted, peeling walls, and in their shade she saw how she loved him, loved Raja and Tara and all of them who had lived in this house with her. There could be no love more deep and full and wide than this one, she knew. No other love had started so far back in time and had had so much time in which to grow and spread. They were really all parts of her, inseparable, so many aspects of her as she was of them, so that the anger or the disappointment she felt in them was only the anger and disappointment she felt at herself. Whatever hurt they felt, she felt. Whatever diminished them, diminished her. What attacked them, attacked her. Nor was there anyone else on earth whom she was willing to forgive more readily or completely, or defend more instinctively and instantly. She could hardly believe, at that moment, that she would Iive on after they did or they would continue after she had ended. If such an unimaginable phenomenon could take place, then surely they would remain flawed, damaged for life. The wholeness of the pattern, its perfection, would be gone. She lay absolutely still, almost ceasing to breathe, afraid to diminish by even a breath the wholeness of that love.”
“It seemed to her that the dullness and the boredom of her childhood, her youth, were stored here in the room under the worn dusty red rugs, in the bloated brassware, amongst the dried grasses in the swollen vases, behind the yellowed photographs in the oval frames-everything, everything that she had so hated as a child and that was still preserved here as if this were the storeroom of some dull, uninviting provincial museum.”
“Yet for a long time Bim continued to see her, was certain that she saw her: the shrunken little body naked, trailing a torn shred of nightie, a wisp of pubic hair, as she slipped surreptitiously along the hedge, head bent low as if she hoped no one would notice her as she hurried toward the well. Bim would catch her breath and shut her eyes before opening them again to stare wildly at the hedge and find only the tassels of the malaviscus dangling there, like leering red tongues, and nothing else.”
“Only their efforts to make him talk failed. He would say one word at a time, if pressed, but seemed happier not to and could not be made to repeat a whole line. Gradually, as his family learnt how to anticipate his few needs and how to respond, they ceased to notice his silence—his manner of communication seemed full and rich enough to them: he no more needed to converse than Aunt Mira's cat did.”