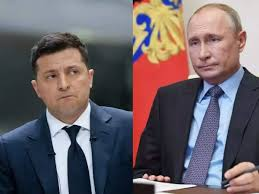 Power is the extra ordinary energy attitude to show the world community, Putin just doing this show to attack on Ukraine. It is superiority complex to show their super power weak country like Ukraine. It is against humanity unknown citizen were killed in war between Russia and Ukraine.

Every world organization warned to Russia president Mr. Putin to stop their attack and resolve the issues with discussion, but Russian President no agree to stop attack, Common civilian also targeted in attack, property of Common civilian also damaged in missiles attack.

It should be stop immediately to save life and property to common civilian, create peaceful atmosphere to people of the country.