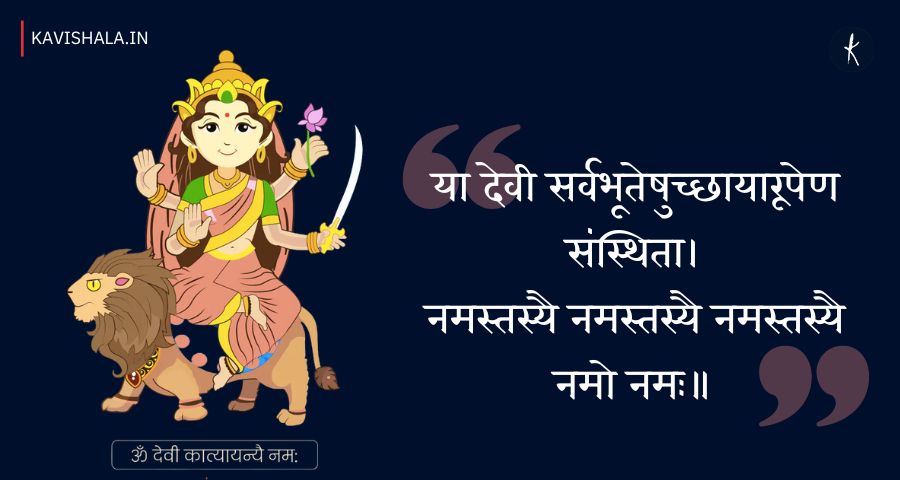 Katyayani (कात्यायनी) is seen as the slayer of the tyrannical demon Mahishasura. In Yoga and Tantra, she is ascribed to the sixth Ajna Chakra or the Third eye chakra and her blessings are invoked by concentrating on this point. She is first mentioned in the Taittiriya Aranyaka part of the Yajurveda. Skanda Purana mentions her being created out of the spontaneous anger of Gods, which eventually led to slaying the demon, Mahishasura, mounted on the lion.

English translation: The goddess who is manifest in all beings the power of reflection, we bow down to her.