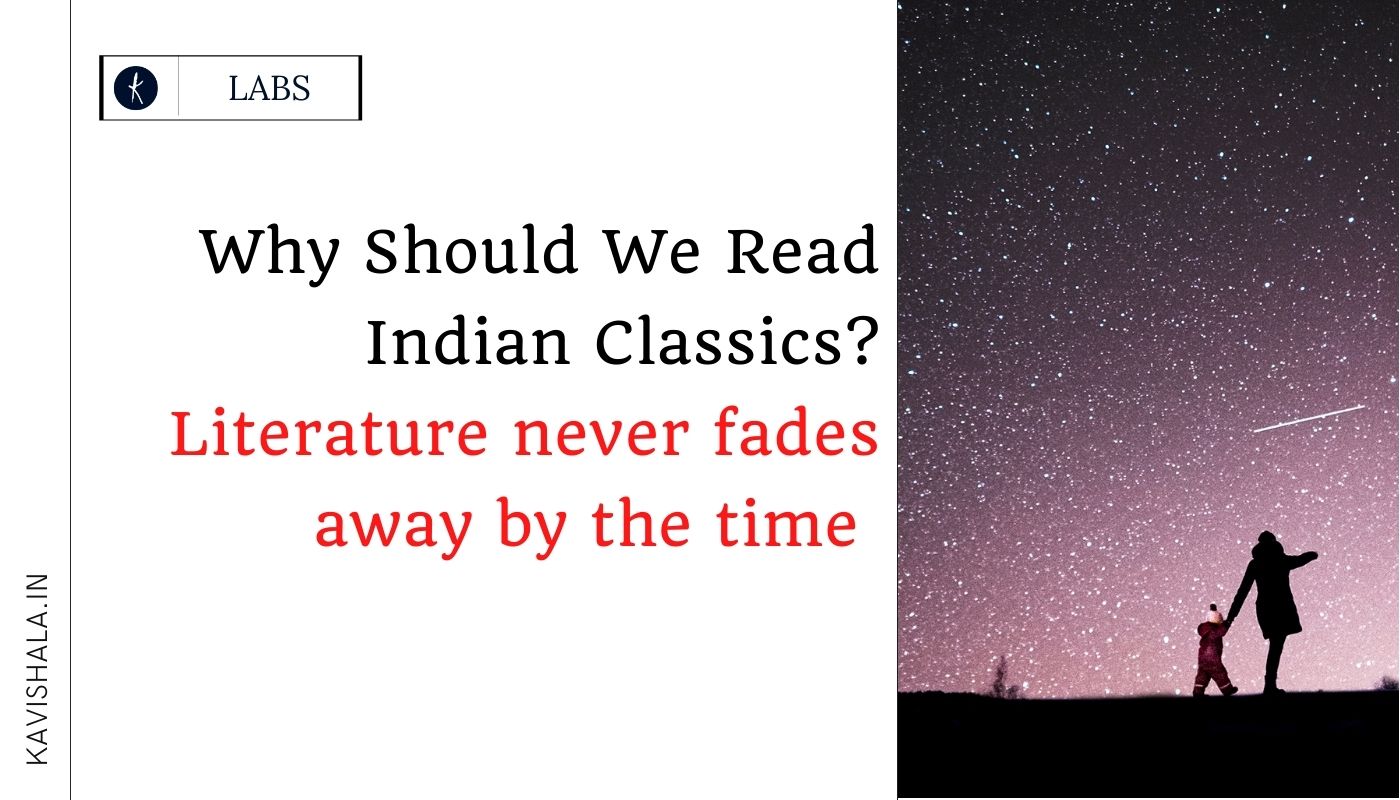 Why Should we Read Indian Classics?

As our language wanes and dies,

the golden legends of the far-off centuries fade and pass away.

No one sees their influence upon culture;

no one sees their educational power.

To foster productive reading habits among students in the year 2012, the school boards included 8 classic Novels as extended reading for Classes IX to XII. The 8 Novels were Three Men In A Boat by Jerome K. Jerome, Gulliver's Travels by Jonathan Swift, The Story Of My Life by Helen Keller, Diary Of A Young Girl by Anne Frank, The Canterville Ghost by Oscar Wilde, The Invisible Man by H.G. Wells, Up From Slavery by Booker T. Washington, and Silas Marner by George Eliot. But to keep this reading habit constant we should look into the Indian Classics as well.

Explore The Classics to discover your Destiny

Literature education is not just about learning how to read and write but one of the most powerful mediums to communicate one's ideas related to culture, politics, philosophy, and even our understanding of human behavior.

Although hilarious fiction animates dull facts in a textbook. It can transform the reader to be more empathetic by allowing them insight into different ways of thinking and experiencing the world.

This is why mostly prescribed reading lists are often full of classic literature. These are books that have stood the test of time.

They are ‘good writing’ and, just as Italo Calvino says, they can be read over and over again – each time the reader gets a new insight and lesson.

When we were 15-year-old we read it gained insight into the damage poverty and alcoholism can cause to the human spirit. In that scenario, literature is a more powerful tool than moral stories because it does not force a lesson on their readers – it allows them to arrive at their own conclusions.

Early Indian writers who wrote in English – R.K. Narayan, Raja Rao, Mulk Raj Anand, Kamala Markandeya and we are indeed lucky if we can read an Indian language proficiently enough to tap into regional literature. But with increasing regional literary classics getting translated to English, it is time these books found their way to schools around India.

Including Western classics as well as little-known gems like A. Madhaviah’s classic Padmavati in the 1890s.

To gain by reading literature that is honest and open, especially for young readers who will make independent judgments about the social and individual needs of the future.

Here's a glimpse of Indian Classics -

We are the careless people of india,

Tripping down the stairs,

Arriving late at the train - station,

We think after we act,

And that is a hard fact.

We are the brave people of india,

Pulling out things from topmost rack,

Walking on road, not footpath,

To any extreme we can go,

May the hot and cold blow

We are the talkative people of india,

Pointless banter with opposite gender

Predicting the outcome of a cricket game

We can go to any extent,

We are the shameless people of India,

Asking for extra sauce at KFC,

Peeing behind the trees,

We are one of our kind,

However we are, never mind,

Reading classics gives us an opportunity to not just read but also discuss these works. Listening to a variety of perspectives on the same set of words broadens our horizons and provides a deeper understanding.