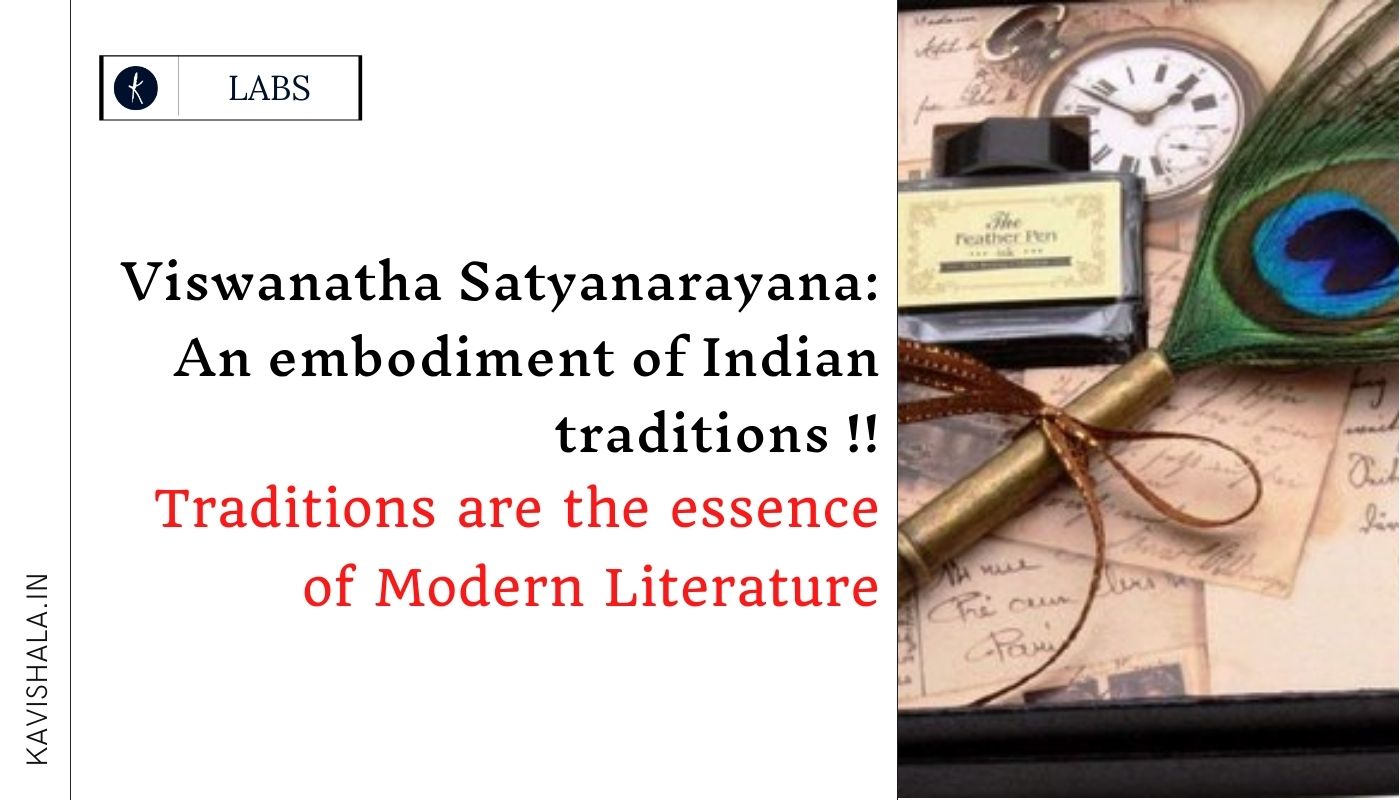 Vice-President M. Venkaiah Naidu praised him saying that he is a preserver, protector, and embodiment of the mother tongue, Indian culture, values, and the environment that is the real tribute to the Telugu literary legend Viswanatha Satyanarayana.

“There is no greater agony than,

bearing an untold story inside you.”

Stating that Viswanatha Satyanarayana remains the first writer to impart a true Teluguness to the Ramayana, he recalled that Ramayana Kalpavruksham, the seminal work of Viswanatha had fetched him the Jnanpith Award.

Through his works, he had highlighted the importance of imparting learning in the mother tongue, preserving culture, and protecting nature, said the Vice-President.

His perceptions on Literacy Awareness among Children -

Keenly observing that imparting primary education in mother tongue would help in the emotional and intellectual development of children's mind, he asserted in a soft manner:

“Children can learn education in a holistic manner when culture,

language and traditions are integrated.”

How Viswanatha Satyanarayana became so popular?

Well, pointing out that the New Education Policy-2020 has prioritized integrating education, with the Vice-President that had stressed the NEP-2020, at the same time, that was designed to equip the students with skills and knowledge of international standards that meet the challenges of the 21st century.

He had said that Viswanatha’s works probably attracted the maximum research and studies by young writers.

HIS AWARDS AND HONORS