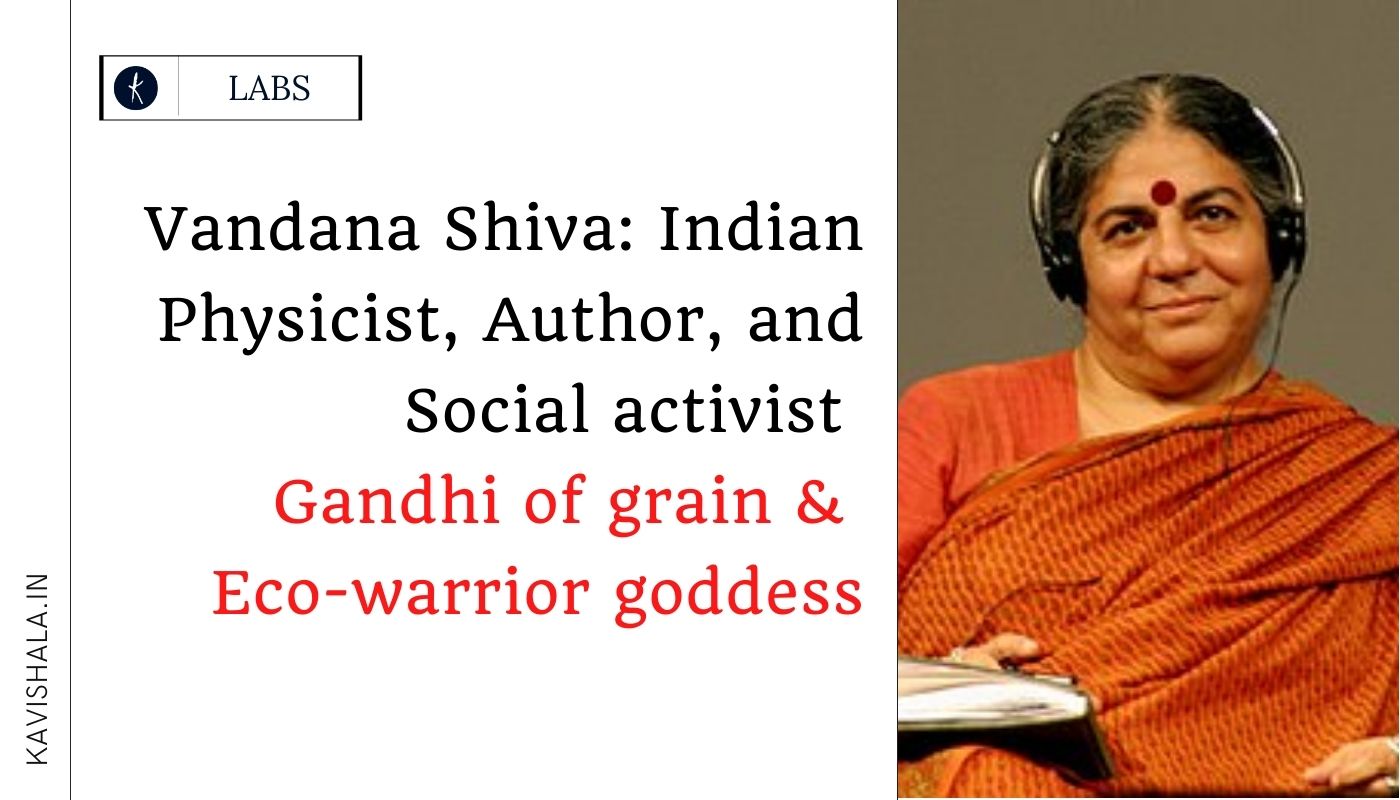 “Squeezing the lives of people is now being proposed as the savior of the planet.

Through the green economy, an attempt is being made to technologize, financialise, privatize and commodify all of the earth’s resources and living processes.”

Renowned writer Vandana Shiva was born on the 5th of Nov, 1952, in the city of Dehra Dun. Being an Indian physicist and social activist Vandana was the founder of the Research Foundation for Science, Technology, and Natural Resource Policy (RFSTN), which is an organization devoted to developing sustainable methods of agriculture, in 1982.

HER ACHIEVEMENTS AND REWARDS

->She had received a master's degree in the philosophy of science from Guelph University, Ontario, in 1976.

->Her thesis about “Hidden Variables and Non-locality in Quantum Theory” earned her a doctorate from the department of philosophy at the University of Western Ontario in 1978.

-> And then soon she founded the Research Foundation for Science, Technology, and Ecology (RFSTE).

->The project, RFSTE, strove to combat the growing tendency toward monoculture promoted by large corporations.

Vandana is popularly called the "Gandhi of grain", the "rock star" of the anti-GMO movement, and an "eco-warrior goddess".

She is determined to "food and culture as the currency of life" as she is caught up with growing up in the Indian Himalayas, and biodiversity helping preserve local cultures, and what travelers can do to make the world a better place to live in.