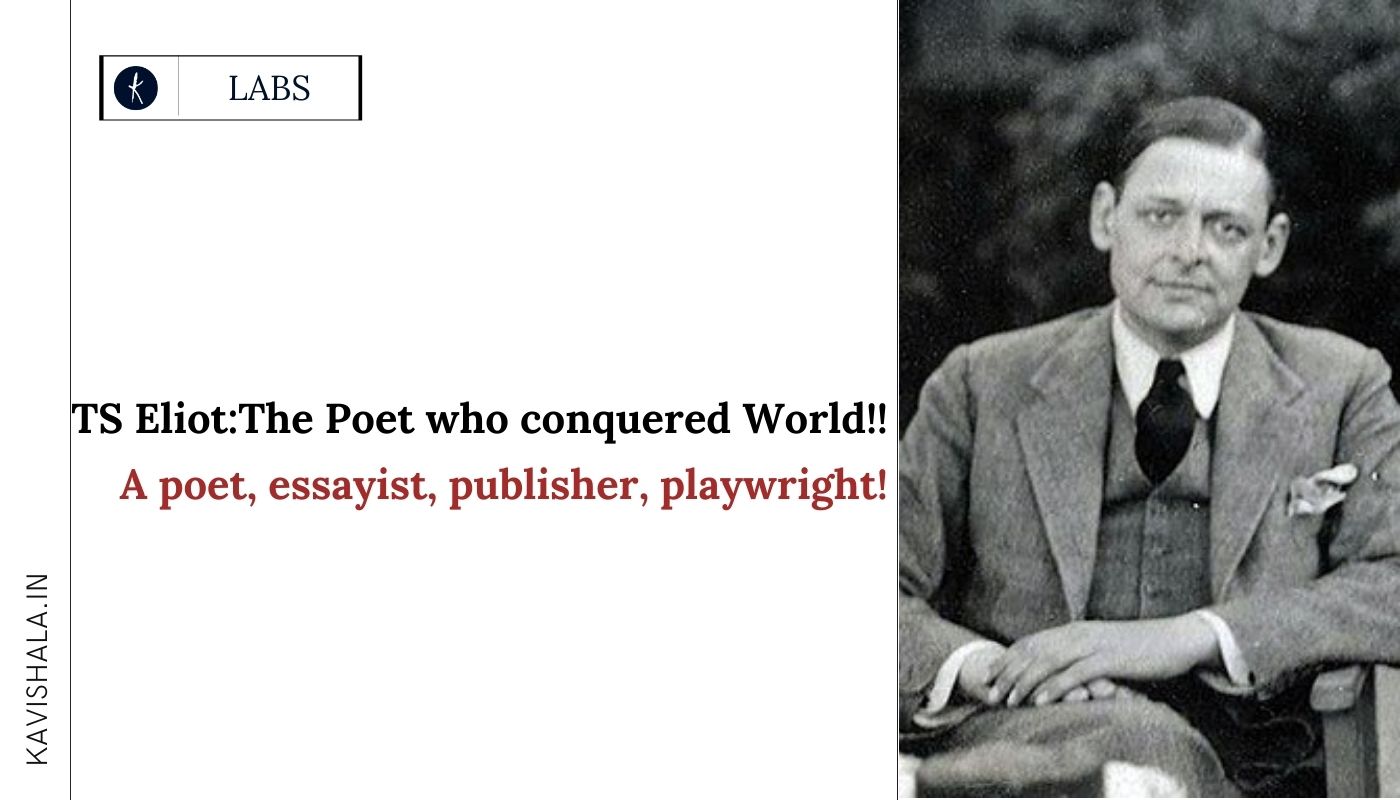 Thomas Stearns Eliot was an outstanding poet, essayist, publisher, playwright, literary critic, and editor. Considered as one of the 20th century's major poets, he is a central figure in English-language modernist poetry.

Born in St. Louis, Missouri, to a prominent Boston Brahmin family, he moved to England in 1914 at the age of 25 years and went on to settle, work, and marry there. He became a British Citizen in 1927 at the age of 39, subsequently renouncing his American citizenship.

Being a subversive outsider, he became the most celebrated poet of the 20th century – a world poet, who changed the way we think.

The young immigrant poet got a rejection for his poem disappointingly puritanical. But four years earlier, at the age of 22, he had completed his first masterpiece.

At least one editor considered it's borderline insane; another was “unable to make head or tail” of it. Its title was “The Love Song of J Alfred Prufrock”.

Prufrock’s “Love Song” first appeared in the US, tucked away towards the back of a small magazine, probably because the editor did not greatly care for it.

WEBSTER was much possessed by death

And saw the skull beneath the skin;

Leaned backward with a lipless grin.

Daffodil bulbs instead of balls

Stared from the sockets of the eyes!

He knew that thought clings round dead limbs

Tightening its lusts and luxuries.

Donne, I suppose, was such another

Who found no substitute for sense,

To seize and clutch and penetrate;

He knew the anguish of the marrow

The ague of the skeleton;

Allayed the fever of the bone.

Grishko is nice: her Russian eye

Is underlined for emphasis;

With subtle effluence of cat;

Grishko has a maisonette;

Does not in its arboreal gloom

Distill so rank a feline smell

As Grishkin in a drawing-room.

And even the Abstract Entities

But our lot crawls between dry ribs

To keep our metaphysics warm.

However, Eliot’s reputation has taken a battering in recent decades. In particular, he has been accused of antisemitism – a charge he denied. There is clear evidence that his parents shared a markedly antisemitic prejudice, and it is hard to argue convincingly that Eliot completely outgrew this. Surprisingly, he was both preternaturally gifted and undeniably a man of his time.