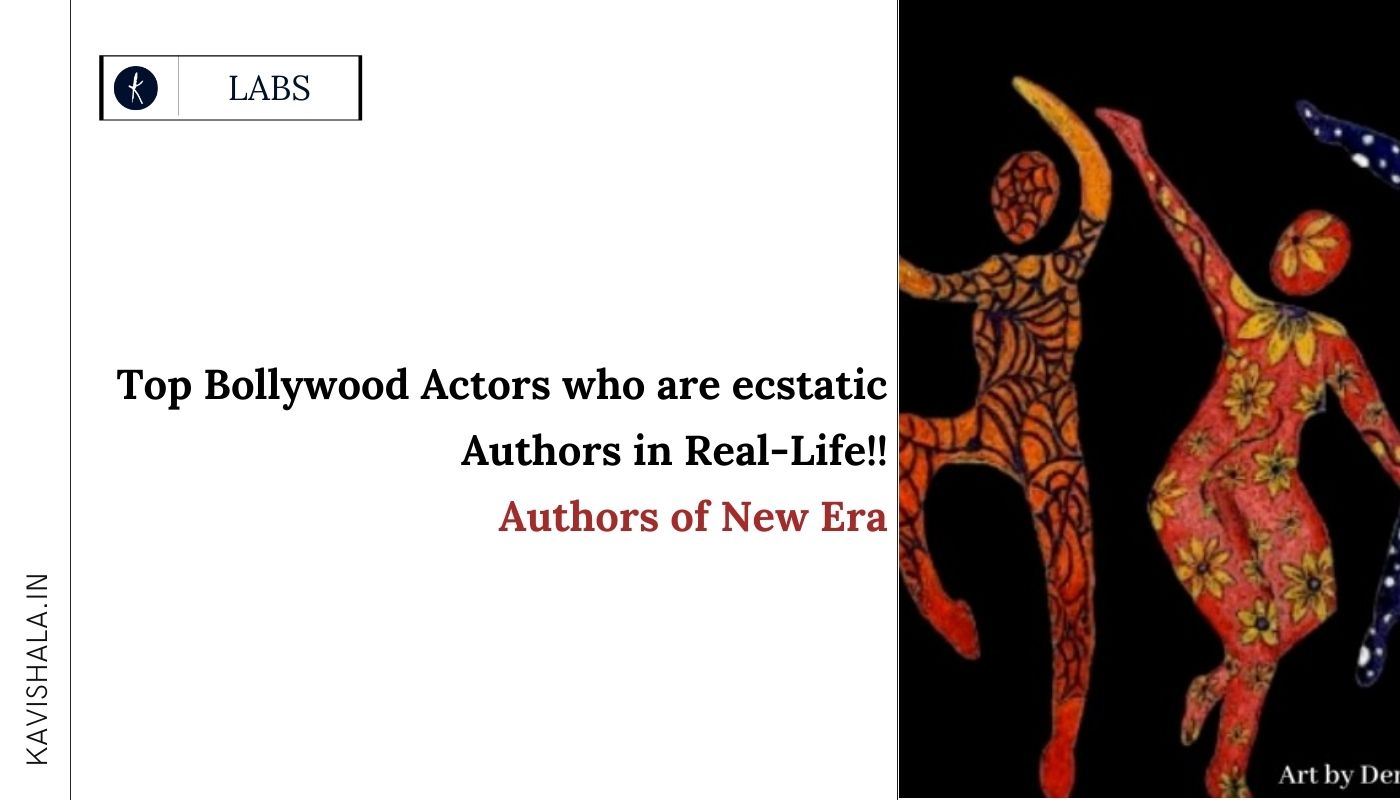 Top Bollywood Actors who are ecstatic Authors in Real-Life!

You start out writing crap and thinking it’s good stuff,

and then gradually you get better at it.

That’s why I say one of the most valuable traits is persistence.”

Kavishala presents its readers the zeal of renowned books written by outstanding Actors who are ruling every store these days, let’s take a look at a few of them that have taken the literary revolution in the 21st century. Everyone knows her talent and her transition from being a heart-touching Heroine to a writer well known in the industry for her glamour and fame.

Twinkle Khanna had recently won the Crossword Book Award for Mrs. Funny Bones and has transformed into a regular columnist who is usually lauded for her progressive stance towards serious issues plaguing the world. The Veteran star Rishi Kapoor's limelight in the news after his autobiography Khullam Khulla was released in January 2021.

This book reveals the snippets from his life, including his relationship with his son Ranbir Kapoor, his father Raj Kapoor’s craft as a filmmaker alongside telling many of his most popular Affairs. Emraan Hashmi is a dedicated family man and a doting father. But there was a time when his son was diagnosed with Cancer and it was really a tough time for him and his family after which he penned his book The Kiss of Life, which explained the struggles mentally and physically they suffered while his son was fighting with the deadly disease ever after. Not everyone is familiar with this good-looking Actor, VJ who turned actor Ayushmann Khurrana into an author of his book Cracking the Code, which is a step-by-step guide to making it his big drive in the Bollywood market. Considered as one of the best Autobiographies, Naseeruddin Shah’s A Memoir: And Then One Day signifies his life journey and circumstances where an Actor recounts his life from childhood to the beginning of his Bollywood career and ends with an account of his marriage to Ratna Pathak Shah. According to the critics, this book is definitely a must-read, if you’re one of the Naseeruddin Shah's fans.