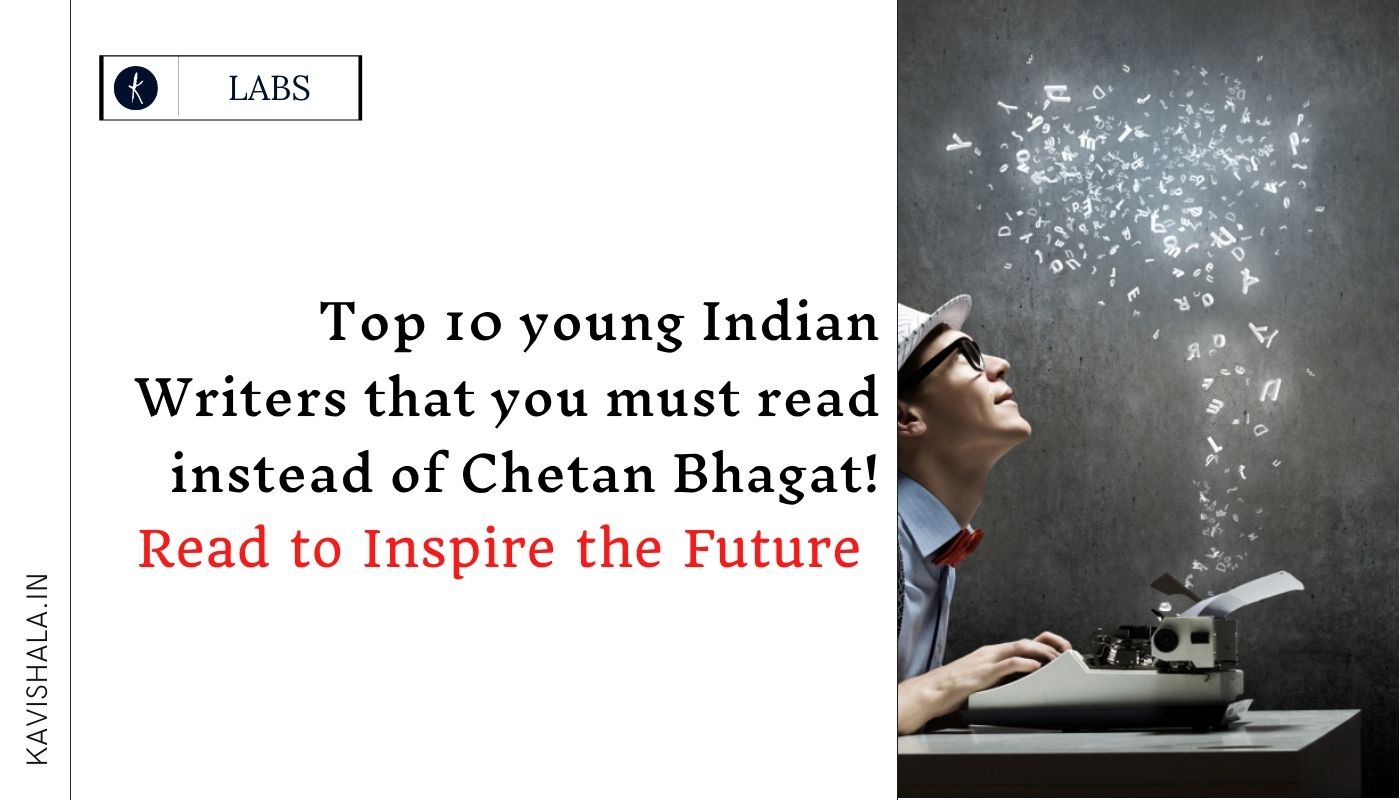 Top 10 young Indian Writers that you must read instead of Chetan Bhagat !

We have a powerful potential in our youth,

and we must have the courage to change old

ideas and practices so that we may direct their power toward good ends.

We present to you a new breed of writers rising up in India. However, tackling everything from complex conflict in the Indian hinterlands to the last breaths of India’s dying professions, here is the list of Authors who stand out today and are leading the milestones from every brisk -

We know a bunch of multiple Award-winning Authors and Journalists but Meghna Pant’s writing is a competent blend of inspiring and insightful among all of them. In 2012 her fabulous debut novel, One & a Half Wife, came out and was a bestseller among them, whilst in 2016 her latest book The Trouble with Women was described as the best book by Juggernaut Publishers and The Hindu Business Line. To our reader's surprise, she is the sister of stand-up comedian Sorabh Pant.

Another daring youth Avalon Langer’s Debut Novel, In Pursuit of Conflict released recently, is an autobiographical account of his experiences with immortal movements in the North-East of India, which have been in relentless conflict since time immemorial. However, Avalon's history as a conflict journalist has led him into the belly of the beast, and it’s a wonder he’s here to talk about it at all and conveys a deep message to the youths of our country.

The Kolkata girl, Nidhi is a young journalist and author who has contributed extensively to papers like The Hindu, The Times of India, and various famous magazines. Her very first book, The Lost Generation: Chronicling India’s Dying Professions, is exactly what it sounds like – a deep dive into the last few breaths of India’s reminiscent old jobs which is slowly vanishing its importance in this hi-tech era.

An outsourcing author and journalist contributing to various publications, Palash’s most accoladed work was published in 2016 titled House Spirit: Drinking in India. It is an extremely freewheeling anthology about the explicitly not so random experience of alcohol and the Indian psyche that is a funny, moving, and downright weird confluence of the country’s best raconteurs.

Ira Trivedi has been writing her best editions since she was pretty young, and her work has seen definite improvement over the years. While her earlier output was YA-oriented and not exactly what one would call very cerebral, her book, in 2014 India in Love: Marriage and Sexuality in the 21st Century saw her do an in-depth analysis of India’s social and sexual revolution through interviews with over 500 people in the population.

The young Janice was raised and educated in Assam growing up in the meadowy heart of Meghalaya, as she incorporates all of that and more into her writing, which is heady and perceptive.

In the year 2013, Pariat’s debut collection of short stories, Boats on Land won the Sahitya Akademi Young Writer Award, which made her the first writer from Meghalaya to receive an overwhelming Award from the Sahitya Akademi for her wonderful work in English Literature.

She is a force to be reckoned as a poet, writer, translator, activist, and staunch feminist based in Chennai.

As a Goddess of Strong Female entity, basically, her publishes deals with the issues she so strongly fights for – Women’s rights, caste, and corruption. Meena had published 2 collections of poetry, Touch in 2006 and Ms. Militancy in 2010, and also had written the books The Gypsy Goddess in the year 2014 and When I Hit You: Or, A Portrait of the Writer as a Young Wife in the year 2017.

Although with a sense of humor all her own and a consistently entertaining blog called Woman and a Quarter, Judy’s definitely gonna do something right.

At the age of 8 years, Arni wrote and illustrated her 1st book, The Mahabharata: A Child’s View. that released in 1996, and it went on to win the Elsa Morante Literary Award. She had then transitioned to graphic novels, releasing Sita’s Ramayana, which was on the New York Times bestseller list, and with good reason – Arni’s work is both entertaining and discerning.

He is one of Shashi Tharoor’s sons, and as expected, he is a self-provoked highly original, and sensitive raconteur. Kanishk released Swimmer Among the Stars in 2016, wherein he weaves a heady blend of mythology, fantasy, and fable into a collection of stories the readers won't forget easily.