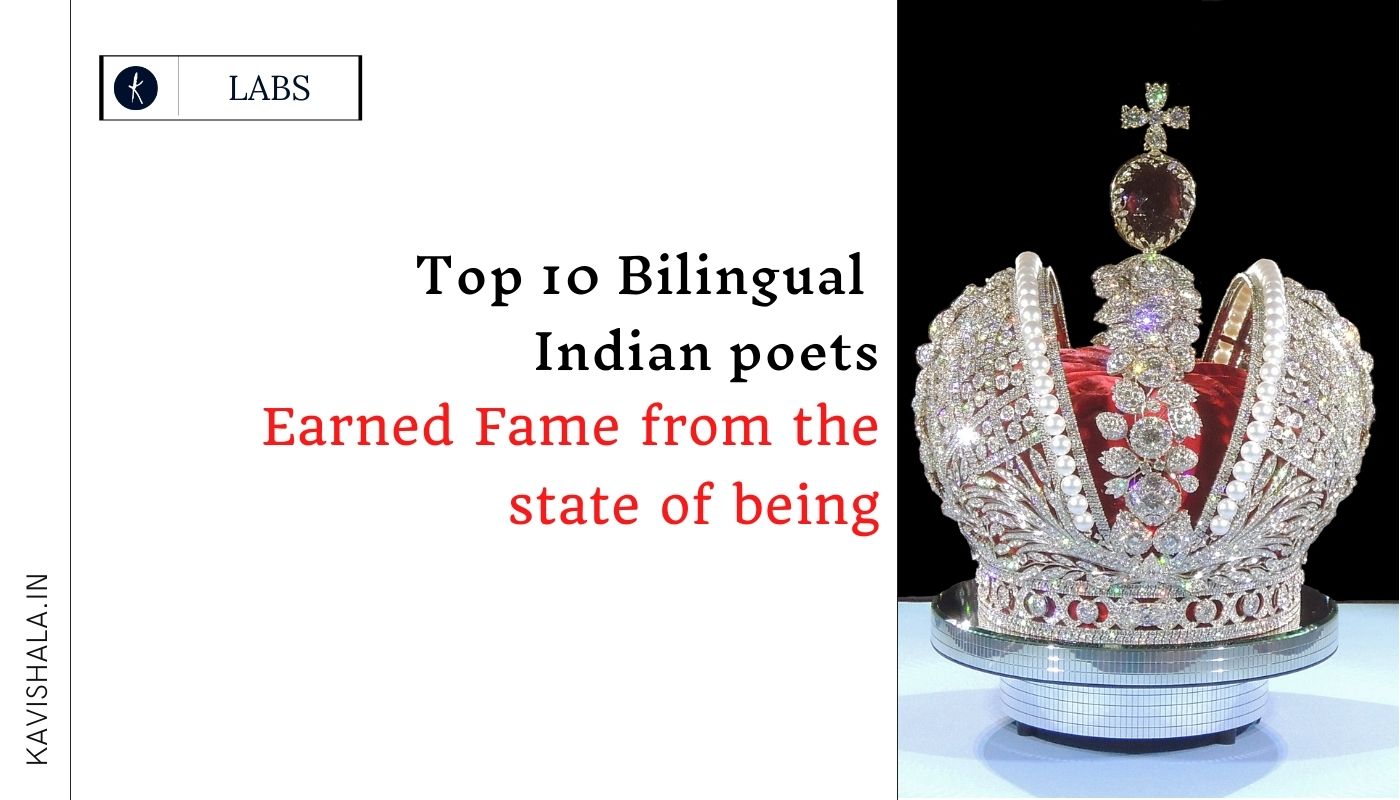 "Almost anyone can be an author;

the business is to collect money and fame from this state of being."

We all are familiar with the golden history of Indian literature that can be fairly traced to the 6th century B.C. when the great epics were composed in rhythmical verses. However, the most significant feature of Indian literature is its diversity, which is due to the country's wide cultures.

He was one of the most-read writers of Indian literature so far. In 1913 he had won the Nobel Prize for Literature. He used to write in all literary genres, as a poet he was internationally recognized.

He was introduced to western readers by an Irish poet W.B. Yeats. Rabindranath Tagore was the first-ever Indian poet to gain a permanent place in the canon of world literature. His poetry expresses intense romantic and mystic sensibilities similar to those of William Wordsworth and William Blake for their mystic and romantic spirit. Gitanjali is his masterpiece and his other works include The Gardener, Fruit Gathering, Fugitive, and other poems.

Jayanta is considered an outstanding Indian poet of post-independence India. Although his poems explore intricate human relationships and a major source for his poetry's vivid imagery is the landscape of Orissa and surroundings. However, Mahapatra's acute and ironic observations of life make his lines appeal to all generations of readers.

Sarojini Naidu, The Nightingale of India

Sarojini was one of India's most famous female poets. Her work is noted for is expression of various shades of romantic sensibilities and fervor with spicy elements of Indian culture and civilization that serves as mirrors to the time from which she belonged.

Major themes of Sarojini Naidu's poems are related to searching for pure love, seeking comfort in natural beauty, and everyday experiences of life.

A Love Song from the North

Tell me no more of thy love, papeeha,

Wouldst thou recall to my heart, papeeha,

Dreams of delight that are gone,

When swift to my side came the feet of my lover

With stars of the dusk and the dawn?

I see the soft wings of the clouds on the river,

And jewelled with raindrops the mango-leaves quiver,

And tender boughs flower on the plain.....

But what is their beauty to me, papeeha,

Beauty of blossom and shower, papeeha,

That brings not my lover again?

Tell me no more of thy love, papeeha,

Wouldst thou revive in my heart, papeeha

Grief for the joy that is gone?

I hear the bright peacock in glimmering woodlands

Cry to its mate in the dawn;

And sweet in the gardens the calling and cooing

Of passionate bulbul and dove..

But what is their music to me, papeeha

Songs of their laughter and love, papeeha,

To me, forsaken of love?

Aurobindo Gosh is considered among the top Indian poets who blended both western and eastern poetic sensibilities. Mastering poetry of all genres his poems, touch on metaphysical themes, expressing his deep ardent philosophy of life and mystical thoughts.

Widely they are not just only pleasing and moving, but inspiring and elevating too.

The irony is his forte. A.K. Ramanujan is also on the list of a bilingual poet who writes both in English and Kannada. His poetry reflects “an Indian sensibility sharpened and conditioned by western education.” He is considered a "perfect poet," as he combs language, images, and varied themes effortlessly. Most acclaimed works include “The Striders,” “Relations," and ”Poems.”

Keki N. Daruwalla's poems are an exotic collection of images drawn from urban landscapes and the environment. He is a front-ranking modern Indian English poet who depicts his life and time in realistic poems.

As he is an expert in the use of perfect poetic language, using almost all poetic tools better than any other Indian poet.

Kamala Surayya is a renowned female English-language poet in India.

Her poems rank top in the syllabi of literary studies courses at many international universities. She expresses the ardent expression of a very sensitive soul always on the search for pure and intense love without restrictions.

Although many critics have observed that her writing can be termed "confessional" and "feminist to the core," but others say her work is above any classification.

He is noted for his ability to transform ordinary events into heart-stirring poems. Although a number of Gieve Patel's poems deal with issues of the downtrodden and their search for identity.

His well-known works are How Do You Withstand, Body and Mirrored, Mirroring.

His poems are ironic depictions of modern reality with a touch of surrealism. However, he had shown his stand in the use of conversational tone, transparent imagery, and geographical description. A. K. Mehrotra's notable works include "Nine Enclosures," and "Middle Earth."

Ezekiel is one of India's most famous English poets as his writings integrate the complexities and anxieties of urban life and depict ordinary human situations and relationships.

The role of tremendous religion, the clash of opposites in various forms, and the search for identity are his major concerns as a poet.