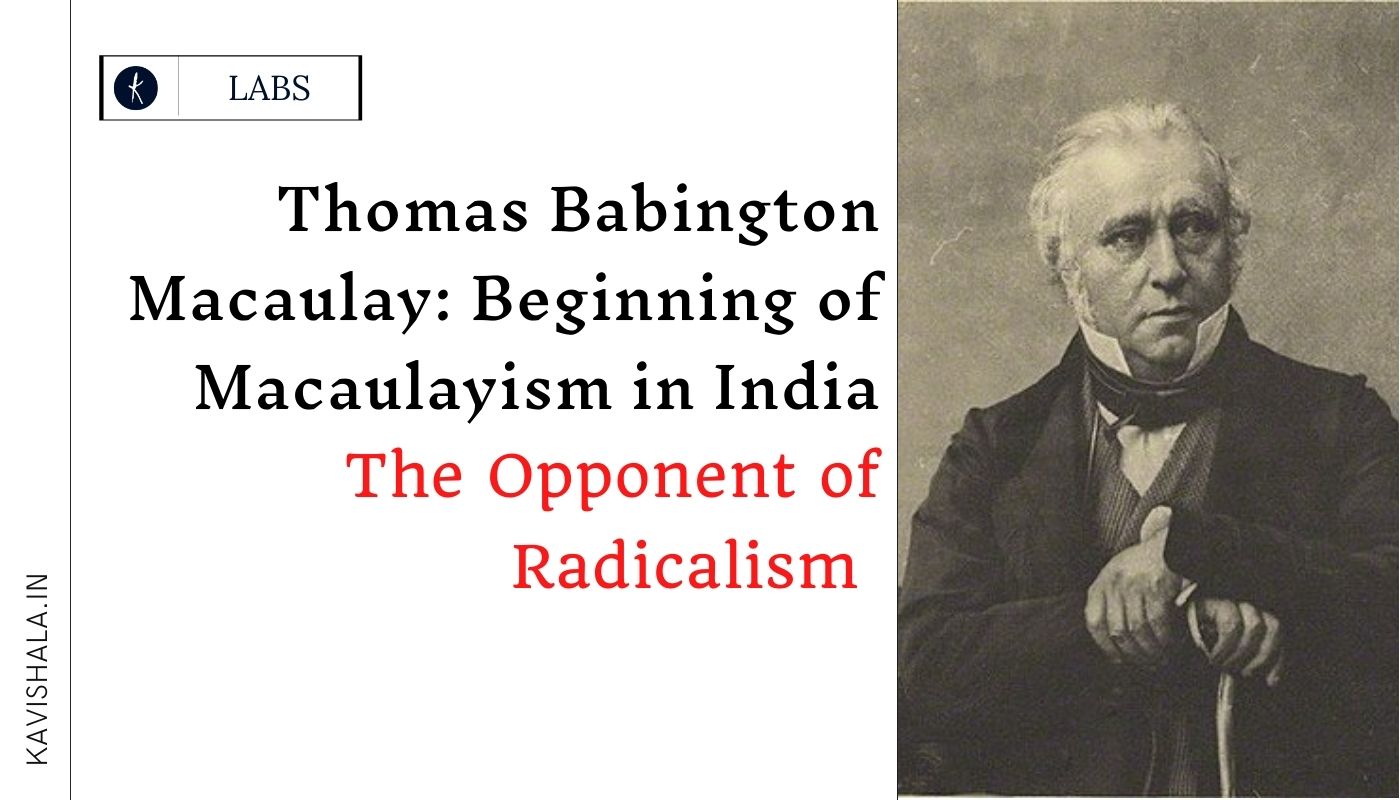 – it’s like saying the Titanic had a rough crossing.

Writers build their own realities,

move into them and occasionally send letters home.

The only difference between a writer and a crazy person is that a writer gets paid for it.

Thomas Babington Macaulay was born on the 25th of Oct, 1800, and was a British historian and Whig politician. He was the frontier for introducing the Western education system in India. He was an essayist, on contemporary and covered historical sociopolitical subjects, as a reviewer.

In history, this had led to Macaulayism in India, and the systematic wiping out of traditional and ancient Indian education and vocational systems and sciences of Indian Art and Culture.

On the occasion of his birth anniversary, Kavishala presents the poem written by him -

Oh, weep for Moncontour! Oh! weep for the hour,

When the children of darkness and evil had power,

When the horsemen of Valois triumphantly trod

On the bosoms that bled for their rights and their God.

Oh, weep for Moncontour! Oh! weep for the slain,

Who for faith and for freedom lay slaughtered in vain;

Oh, weep for the living, who linger to bear

The renegade's shame, or the exile's despair.

One look, one last look, to our cots and our towers,

To the rows of our vines, and the beds of our flowers,

To the church where the bones of our fathers decayed,

Where we fondly had deemed that our own would be laid.

To the spearmen of Uri, the shavelings of Rome,

To the serpent of Florence, the vulture of Spain,

To the pride of Anjou, and the guile of Lorraine.

To the song of thy youths, and the dance of thy maids,

To the breath of thy gardens, the hum of thy bees,

And the long waving line of the blue Pyrenees.

Farewell, and forever. The priest and the slave

May rule in the halls of the free and the brave.

Our hearths we abandon; our lands we resign;

But, Father, we kneel to no altar but thine.

He has intuitively wedded the proposal of progress in terms of liberal freedoms although he opposed radicalism while idealizing historic British culture and traditions.

HIS MOST PROMINENT WORKS