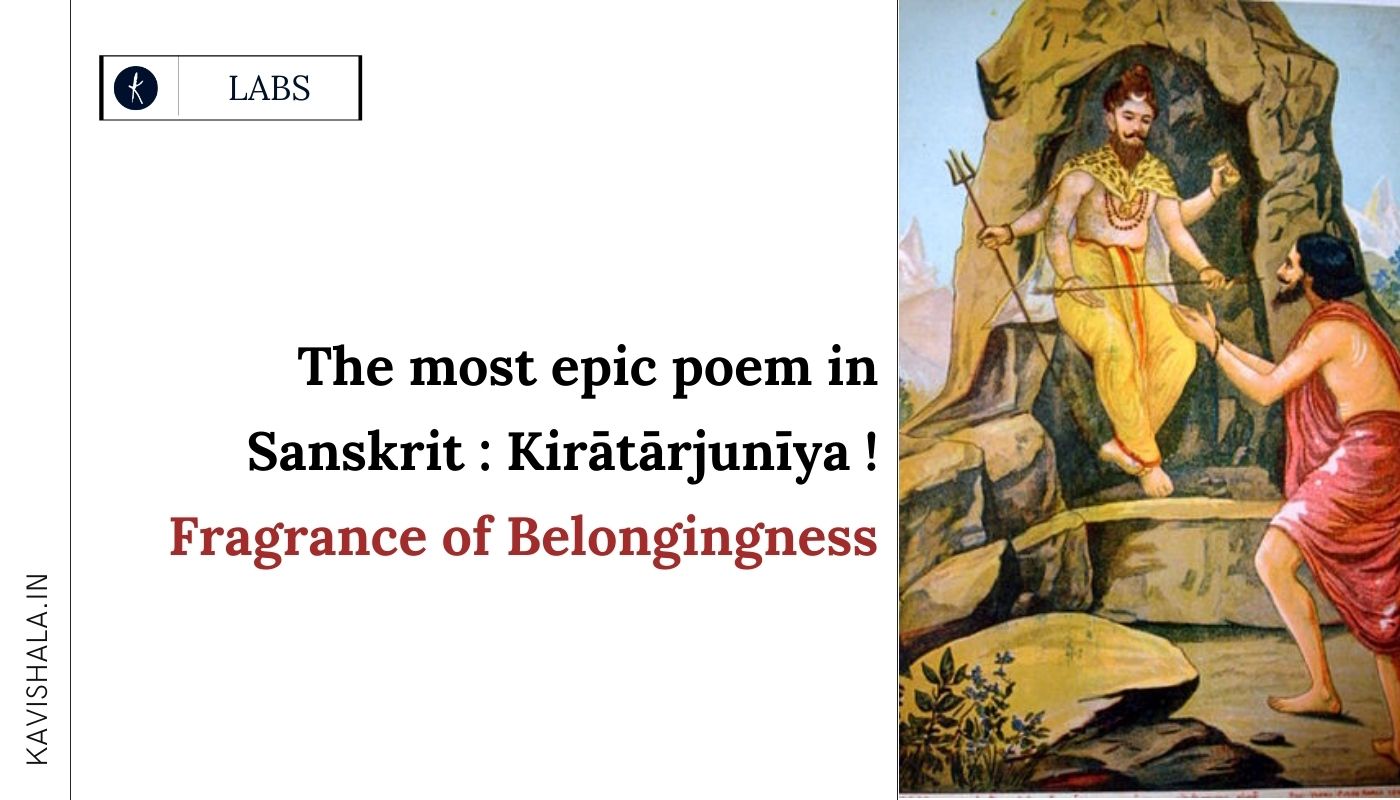 The most epic poem in Sanskrit : Kirātārjunīya

Meaning: Everything that is in others’ control is painful.

All that is in self-control is happiness.

This is the definition of happiness and pain in short.​

Kirātārjunīya is considered to be an epic and most powerful poem to heal the pains by Bharavi in the Sanskrit language.

The Significance of this Poem:

Bhāravi is one of the well-known Sanskrit Mahākāvyas. Significantly, applying the traditional methods to feel the knowledge we gain is important to understand Sanskrit.

This is recognized to be the most brevity, depth (arthagauravam), and verbal complexity when interlaced descriptions and metaphors are correlated with similes, and display of mastery in the Sanskrit language. Notably, its fifteenth canto contains chitrakavya , decorative composition, including the 15 verse with "elaborate rhythmic consonance" noted for consisting of just one consonant:

Translation of the same: "О ye many-faced ones (nānānanā), he indeed (nanu) is not a man (na nā) who is defeated by an inferior (ūna-nunno), and that man is no man (nā-anā) who persecutes one weaker than himself (nunnono). He whose leader is not defeated (na-nunneno) though overcome is not vanquished (nunno'nunno); he who persecutes the completely vanquished (nunna-nunna-nut) is not without sin (nānenā)."

The Bharavi's "power of description and dignity of style" was a humanoid inspiration for Magha's Shishupala Vadha, which is re-modelled after the Kirātārjunīya and surpasses the extent. While Bharavi uses 19 different types of matres, Māgha uses 23; while Bharavi praises Shiva, Māgha extols Vishnu; and he has his own instances of one-consonant (dādadoduddaduddādī…) and sarvatobhadra palindromic verses.

A different kind of play, named Kirātārjunīya and based on Bharavi's work, was produced by the Sanskrit dramatist Vatsaraja in the 12th or 13th century.

The first-ever Western translation of this poem was in 1912 by Author Carl Cappeller into German, published by the Harvard Oriental Series. There have since been 6 or more partial translations into the English language.