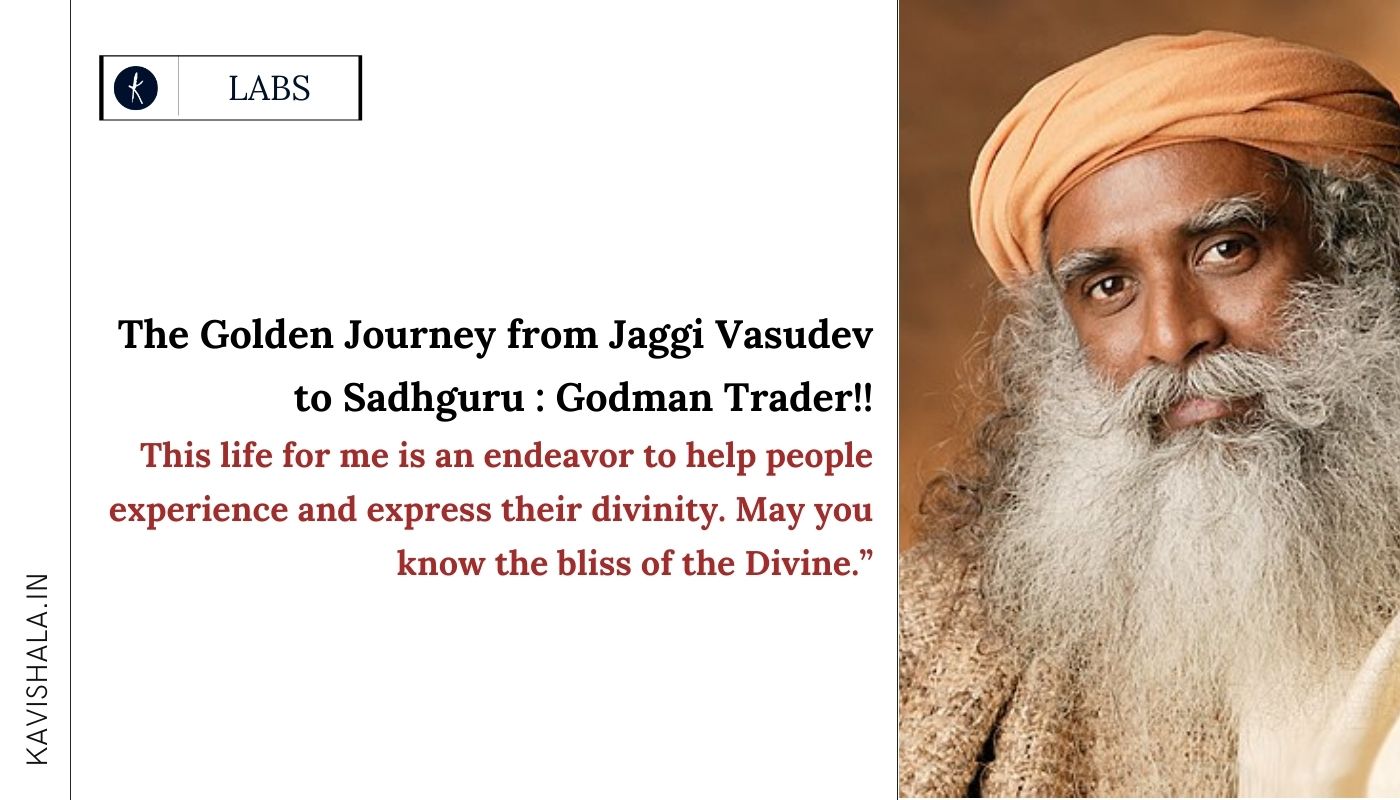 The Golden Journey from Jaggi Vasudev to Sadhguru : Godman Trader!

“This life for me is an endeavor to help people experience and express their divinity. May you know the bliss of the Divine.” - SADHGURU 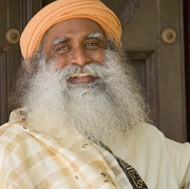 An Indian yoga guru and a prominent author Jagadish Vasudev was born on 3rd Sept in the year 1957, venerated as Sadhguru.

Jaggi Vasudev earned a bachelor's degree in English from the University of Mysore and since 1982﻿ he has been teaching yoga and meditation in southern India. He founded Isha Foundation near Coimbatore, which operates as an Ashram and is involved in teaching spirituality, education and the environment since 1992.

He has addressed the United Nation's Millennium World Peace Summit, the British parliament's House of Lords, the Massachusetts Institute of Technology, and the International Institute for Management Development. He has also spoken at the annual World Economic Forum in 2007, 2017 and 2020.

In 2017 he was awarded the Padma Vibhushan, which is India's second-highest civilian award, from the Indian Government for his contributions to Literature and social welfare.

Being a contemporary yogi and profound mystic of our times, a visionary humanitarian and a prominent spiritual leader. He rooted as strongly in mundane and pragmatic matters as he is in inner experience and wisdom, Sadhguru can work tirelessly towards the physical, mental, and spiritual well-being of all. He had gained mastery of the mechanisms of life, an outcome of his profound experience of the Self, guides in exploring the subtler dimensions of life.

The Golden Journey from Jaggi Vasudev to Sadhguru :

At home in a loincloth as much as he is in blue jeans, barefoot through the mighty Himalayas, or straddling a BMW motorcycle on the expressway, Sadhguru is the most unusual mystic that one can encounter. Marking a clear departure from mere customs and rituals, Sadhguru's scientific methods for self-transformation are both direct and powerful. Belonging to no particular tradition, Sadhguru incorporates and presents what is most valid for contemporary life from the yogic sciences.

Sadhguru spoke at some of the world's most prominent international leadership forums. Early, in January 2007, he participated in 4 major panels at the World Economic Forum and spoke on issues ranging from diplomacy and economic development to education and the environment.

In the year of 2006, he had addressed World Economic Forum, the Tallberg Forum in Sweden, and the Australian Leadership Retreat. Having served as a delegate to the United Nations Millennium Peace Summit and the World Peace Congress his vision and understanding of modern social and economic issues have led to interviews with BBC, Bloomberg, CNBC, CNNfn, and Newsweek International.

His insights keep on featuring in India's leading national newspapers. Being the most influential person and a well-known public figure, he regularly draws crowds of more than 300,000 people for his public talks and "sathsangs" (group meditation).

Traversing seamlessly from the ancient to the ultramodern, Sadhguru bridges the gap between the known and the unknown, enabling all those who encounter him to explore and experience the deepest dimensions of life.

Well, here comes the magic mantra of ‘donation’. Jaggi Vasudev’s Isha Foundation Inc, which is registered in the US, displays a net income worth Rs. 56.43 crore in 2018 as per Internal Revenue Service records. Of this, it says, about Rs 35.81 crore came from donations. There are no public records of the foundation’s revenues in India but it claims that donations – or "contributions", as it prefers to describe such transactions – account for a considerable chunk. In fact, Isha even lists as “donations” earnings from selling services such as yoga sessions and “spiritual” jaunts as well as a range of products.

But why does Isha insist that its revenues come mainly from donations?

The Foundation serves as a public charitable trust and, thus, exempted from paying taxes under the Income Tax Act. So it cuts the donation receipts even for textbook trade transactions well.

Drawn into this web

That offers protection and death

Death not as a onetime happening

But as a repetitive pattern

If you are oblivious to the

Feels safe as a living grave

In complete absence of inner grace

You cannot be without it

Oh, the safety of its limited orbit

Use this grace and break it

Or you are just lost, damn it

Thus, through his incredible mystic ideas and visions, he had established a clear concept of one's perceptions in Life and how it's precious to live it in the sense of God being devoted selflessly. Come on let's say with the Adiyogi," Om Namah Shivay" :)