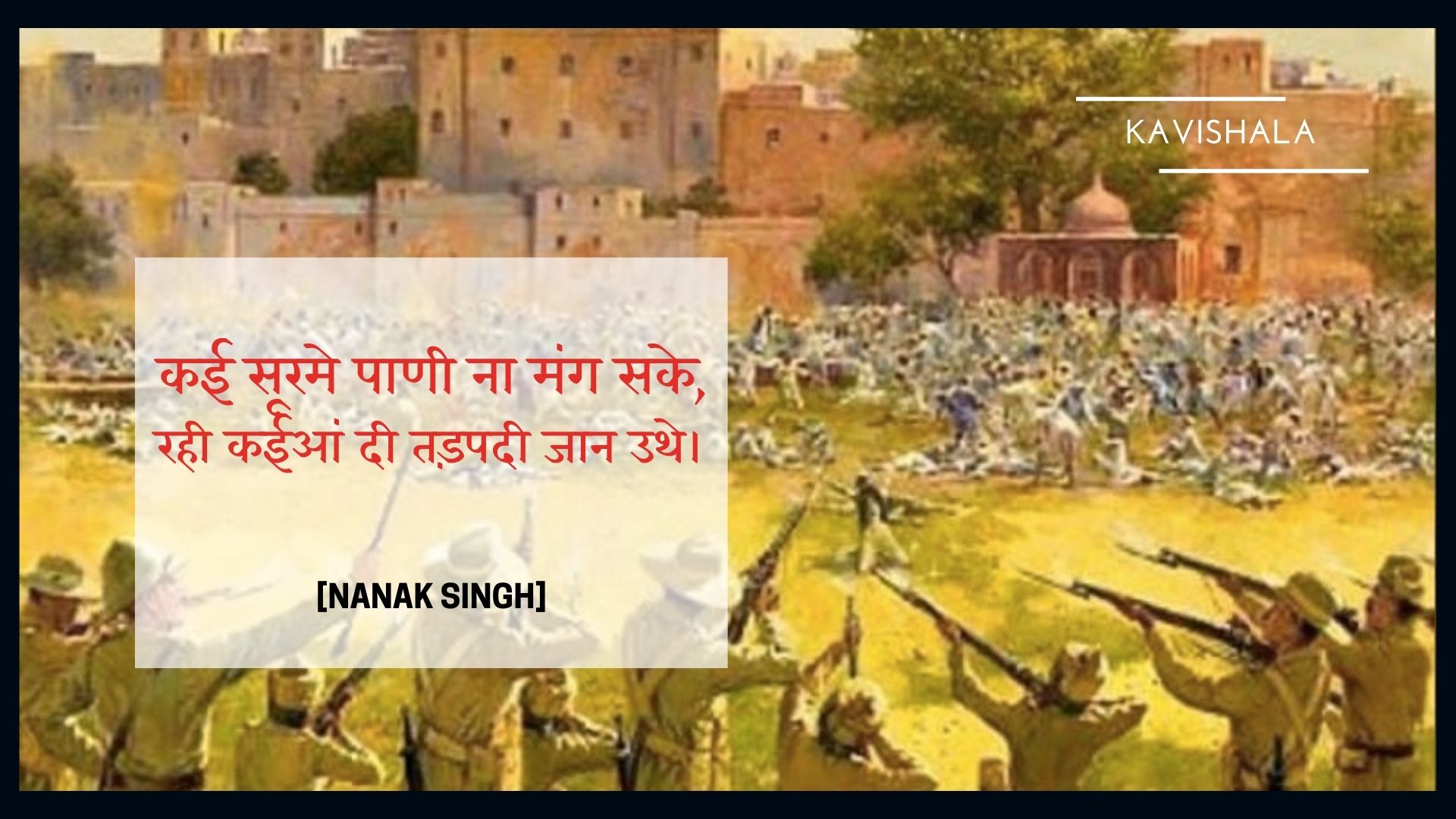 Thousands sought just a sip of water, lying beside their beloved in the puddle of blood, where the tormented souls were trapped and the walls of the Bagh cried. A Vaisakhi remembered just to mourn the lost lives of innocents, and a day to recall how the British Empire fell to its knees.

From Rang De Basanti to Sardar Udham Singh, a series of cinema has depicted a story of the tragic Jallianwala Bagh Massacre . Even after 103 years, the story shakes every cell in the body.

A peaceful protest led to a bloodshed of thousands.

However, the emotion of a survivor in that Bagh brings a different perspective on pain altogether. The famous Punjabi writer Nanak Singh was one of the survivors of this massacre. In his poem, ‘Khooni Vaisakhi’ long verses of the poem encapsulate each and every detail of the torments and suffering of the people who lost special people.

Listening to a story and actually witnessing the atrocity gives unforgettable memories. Nanak mentioned the feelings of people who suffered in this journey with him.

Words choke as I speak, they suffocate.”

The ultimate pain of this day closes the doors for people to learn more about it. The gut wrenching agony of those who couldn’t even look straight in each other’s eyes for the horror of actually finding someone you lost in the field.

The backstory of Jallianwala bagh is heard and learned, the trauma that Bagh faced can never be forgotten and the aching hearts will always be remembered.

A lifetime of heartache reminds us how precarious life is and the wounds at heart never lets you forget the day that we call the Jallianwala Bagh Massacre.