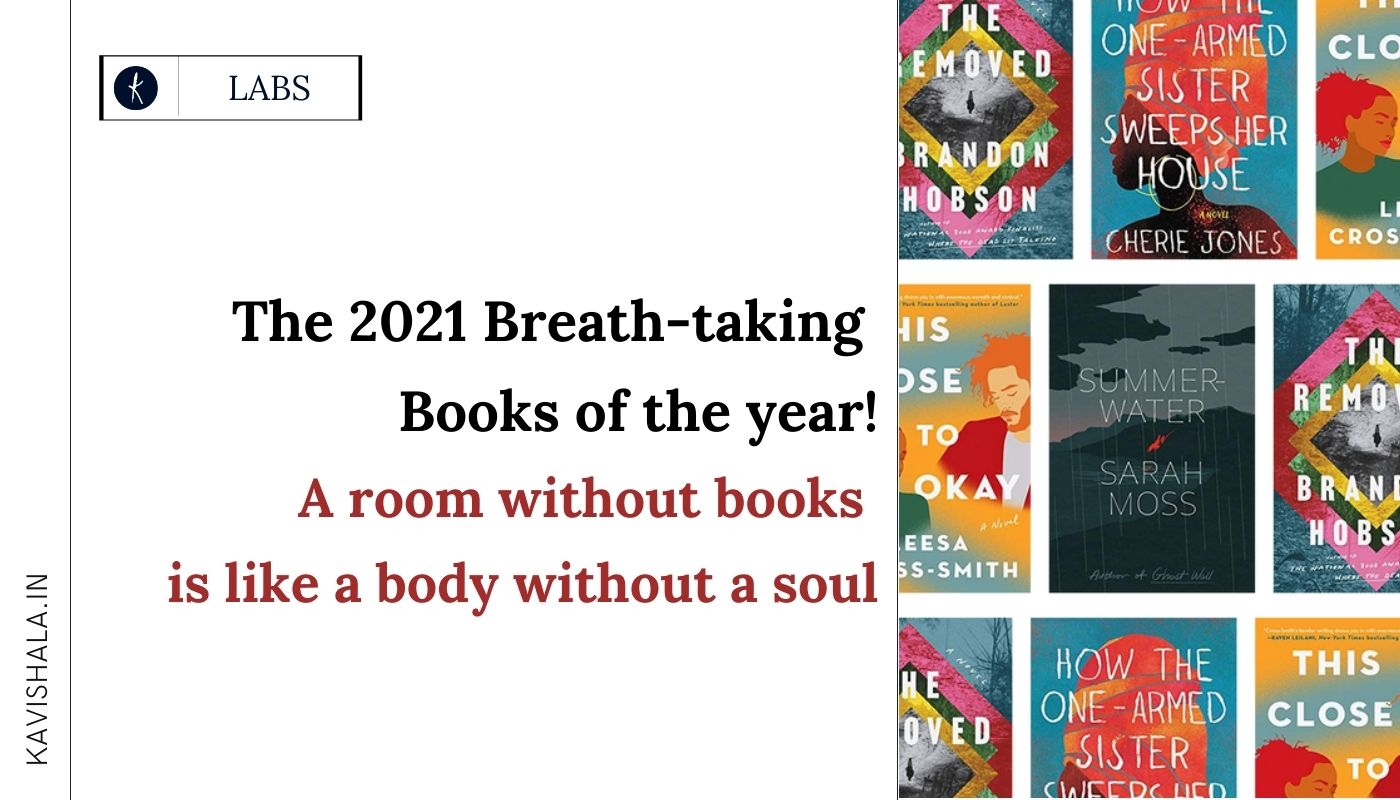 The 2021 Breath-taking Books of the year!

“What really knocks me out is a book that,

when you're all done reading it,

you wish the author that wrote it was a

terrific friend of yours and you could

call him up on the phone whenever you felt like it.

That doesn't happen much, though.”

Let's take you on a journey of books that would lead you to some outsourcing experiences just through reading them all by heart:

Like it's absolutely energetic, superfluous for the fans of Where the Crawdads Sing, Kristin Hannah’s stunningly beautiful and heart-wrenching dustbowl drama merely traces the conflicts and challenges faced by Elsa and her family, whose journey resides pondering for a better life.

Innocent Elsa's critical choices shape the lives of people and her upcoming generations.

2. Things We Lost to the Water

Things We Lost to the Water is a mesmerizing debut of bonds, assimilation, and shelter that centers around an immigrant Vietnamese family.

Beautifully separated from her husband, Huong must figure out how to make a life for herself and her 2 little young sons in New Orleans while coming to terms with the fact that her life will never be as she imagined.

However, the family abruptly accommodates in America in ways that sometimes threaten to cause a rift amongst them, and it is only when Hurricane Katrina devastates their new home city that they find their way back to one another.

This book narrates an avenging woman in the guise of a quiet apothecary that swiftly takes center stage in this propulsive historical fiction debut. Late in 18th-century London, women came to Nella when they need to take action against the abusive men in their life.

But very soon, young Eliza involves with an act gone drastically wrong, and a modern woman’s search for meaning, in the present day, becomes irrevocably tied with the past. With immersive storytelling, a dark, gothic atmosphere, and unforgettable characters, this is a subversive debut that should not be missed.

The only hope for humanity rests with Dr. Ryland Grace—if only he could remember his mission.

4. Madhouse at the End of the Earth

This book is all about meticulous research and realization, with a deep novelistic flair, named Madhouse at the End of the Earth that hypothetically reconstructs the action-packed survival story of an early expedition to the South Pole. Amundson, Cook and an inexperienced, undisciplined crew, on an ill-fated ship, imprisoned in the Antarctic ice and darkness.

Well-versed this tale of adventure, excitement, and, indeed, terror will captivate those who were drawn to The Lost City of Z, In the kingdom of Ice and In the Heart of the Sea.

Anne Lamott is back with a collection of beautifully written essays. Her goal here is to illuminate how we can go on in spite of all that is difficult. Howsoever, her voice is fury and humorous in the true sense.

This is the absolute book we need from a voice we love to hear often.

Presenting the first-ever Author Angeline Bouley who has crafted an immersive and heart-stopping thriller told through the eyes of an 18-year-old Daunis, a biracial, unenrolled member of the Ojibwe tribe.

Gradually as time passes by with crystal meth abuse on the horizon of rising in her community, Daunis uses her scientific skills and native medicine knowledge to go undercover as a confidential informant with the FBI, but what she uncovers makes her question everything she’s ever known for.

Bouley's unique and authentic depictions of Native communities and the trauma and strength of native women, specifically, made this book a complete standout for YA and adult readers alike.