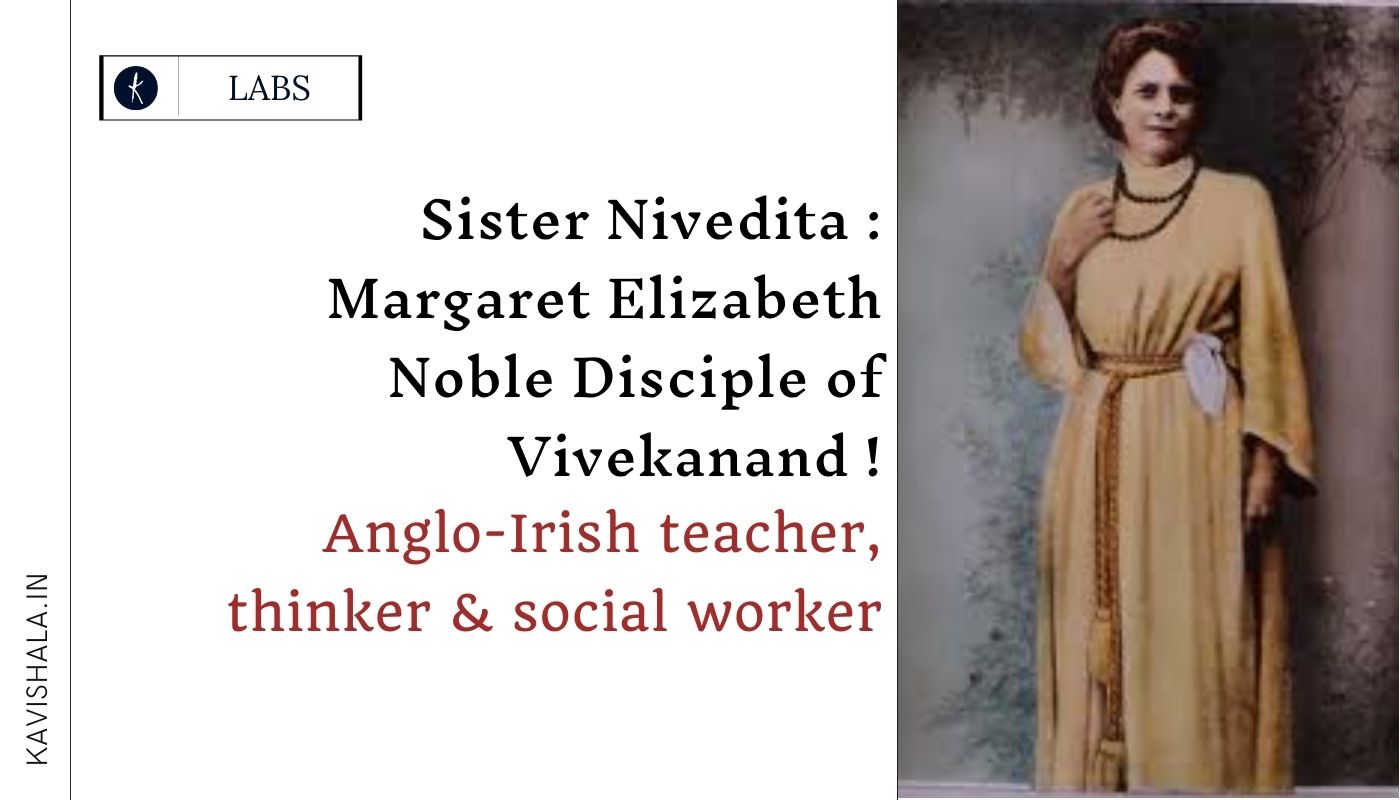 “It is well known how the monks wrote silly lives of Catholic Saints over the manuscripts on which the classical works of ancient heathendom had been written.”

Primarily born as Margaret Elizabeth Noble,150 years ago today, in Northern Ireland she was more popularly known as sister Nivedita. Being an Anglo-Irish teacher, thinker, social worker, and the disciple of Swami Vivekananda in the year 1895 in London. Swami Ji started calling her by the name "Nivedita" a niche for herself in the arena of spirituality.

She stepped into this world on the 28th of Oct, 1867. Seeing her mankind and dedication towards public welfare Swami Vivekananda wrote a poem to Sister Nivedita, which was A benediction to Sister Nivedita. In his poem, Vivekananda had condensed all his hopes, aspirations, and good wishes for his disciple, Nivedita as –

The mother's heart, the hero's will

The sweetness of the southern breeze,

The sacred charm and strength that dwell

All these be yours and many more

No ancient soul could dream before-

Be thou to India's future son

The mistress, servant, friend in one.

At a very early age of 8, she had the realization that religion is not about having belief in the Doctrines, but it is about searching for the divine light that will bring enlightenment in everyone's life.

HER POPULAR CONTRIBUTIONS TO MANKIND

Nivedita had so far made a wide series of diverse contributions to the national project: women’s education and empowerment, nourishing foster a sense of Indian nationalism, reviving some art forms, promoting science, propagating civic virtues, and working on humanitarian relief during epidemics and famines.

->In 1898, Sister Nivedita established a school for girls, who were deprived of education.

->Her prior aim was to bring about an improvement in the lives of Indian women belonging to various social classes and castes. She tried to bridge the gap and put an end to the caste distinctions.

->Having good relations with many intellectuals of the Bengali community such as Rabindranath Tagore, the famous Nobel laureate writer.

->During the later years of her life, she engaged in activities that promoted and brought forth the cause of India's Independence movement.

->Established a motivating force for people from all walks of life.

->Her lectures and various interactive discourses encouraged people and the direction to lead their fruitful lives.

->She used to work day and night for serving the people and society with all her might.