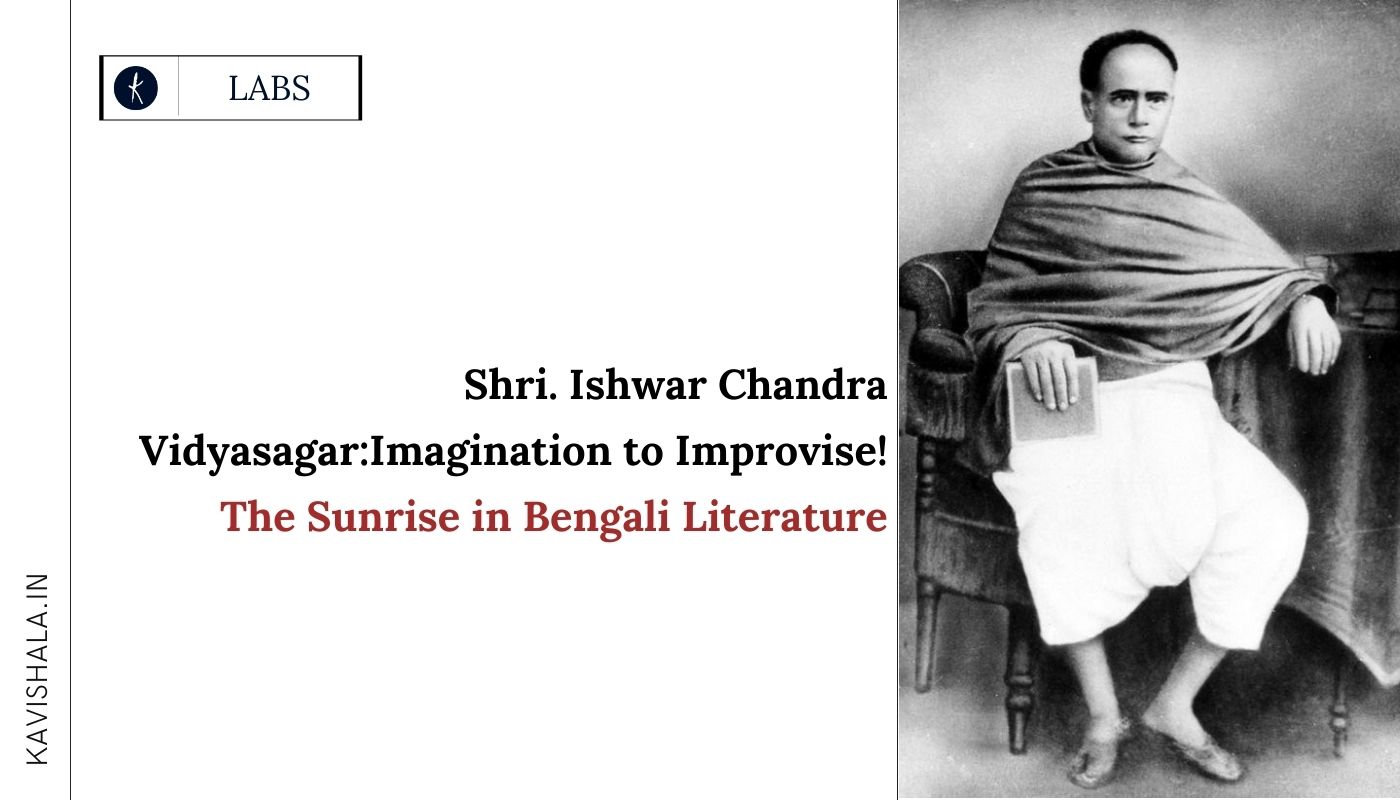 “And by the way, everything in life is writable about if you have the outgoing guts to do it,

and the imagination to improvise.

The worst enemy to creativity is self-doubt.”

The state of Jharkhand has the rare privilege that Ishwar Chandra Vidyasagar the father figure of Bengali Script and Bengali language and chose Karmatand to live last 18 years of his life. ‘Nandan Kanan’, was the name of his abode at Karmatanr(now in Jamtara district).

Vidyasagar was a well-known writer, intellectually and above all a staunch follower of humanity.

His renowned title ‘Vidyasagar’ (a huge ocean of knowledge) was given to him due to his vast knowledge in almost all the subjects. Poet Michael Madhusudan Dutta while writing about Ishwar Chandra said: “The genius and wisdom of an ancient sage, the energy of an Englishman and the heart of a Bengali mother”.

Ishwar Chandra Bandopadhyaya was born on 26th of Sept.1820. His parents Thakurdas Bandyopadhyay and Bhagavati Devi were very religious.So, his zeal for knowledge was so intense that he used to study on street light as it was not possible for him to afford even a gas lamp.

Reformation after his Death :

Sadly,Ishwar Chandra Vidyasagar passed away on 29 July, 1891 at the age of 70 years.

After his death Rabindranath Tagore said,

“One wonders how God,

in the process of producing forty million Bengalis, produced a man!”

->The Girls School has been restarted, named after Vidyasagar.

->The house of Vidyasagar has been maintained in the original shape.

->The most prized property is the 141 year old ‘Palanquin’ used by Vidyasagar himself.