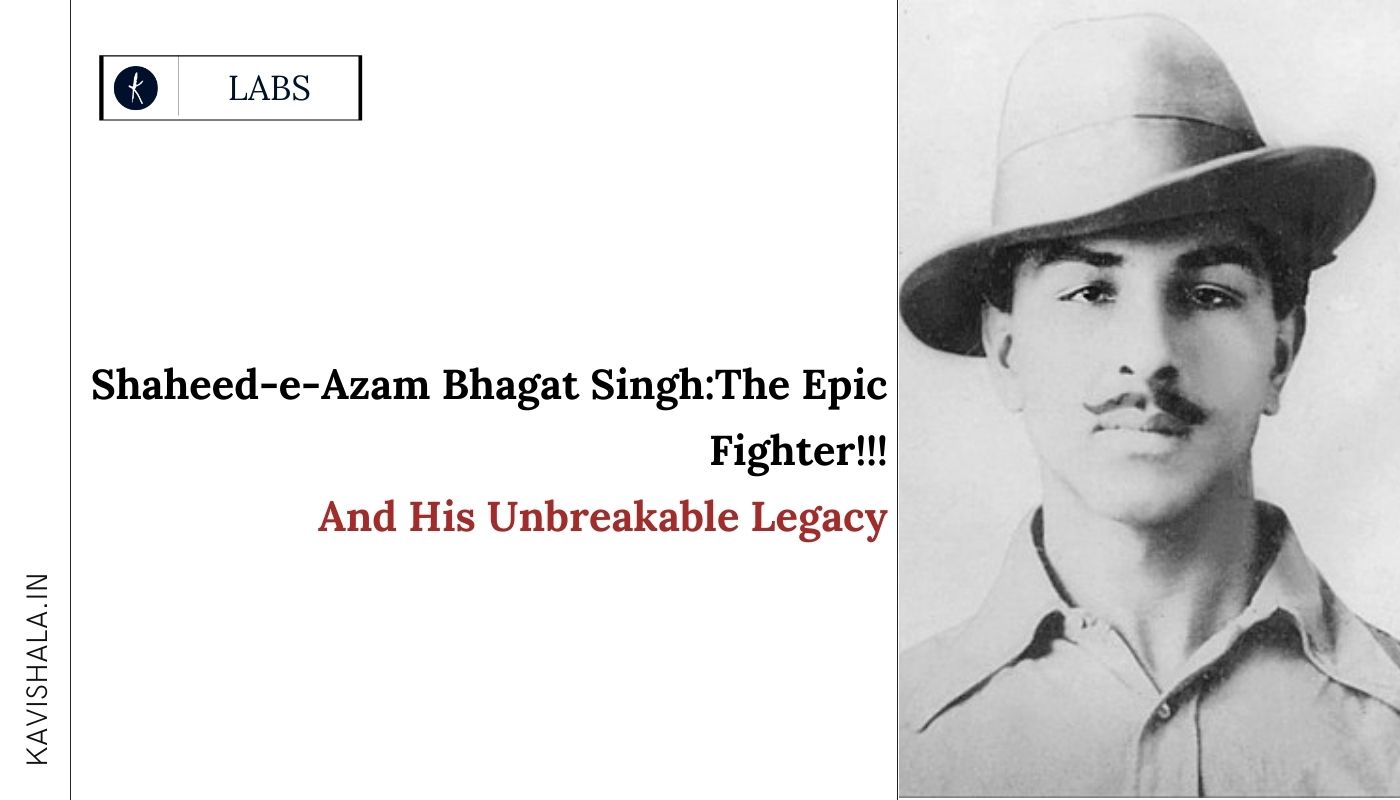 “They may kill me, but they cannot kill my ideas. They can crush my body, but they will not be able to crush my spirit.”

Bhagat Singh was one of the greatest revolutionaries and freedom fighters who was born on the 28th of Sept. 1907 at Lyallpur, western Punjab, India.

Being a part of the Indian independence movement at a very young age he also contributed as a writer and editor for Punjabi and Urdu language newspapers. His revolutionary ideas were becoming immensely popular during the freedom struggle, which was seen as a threat by the empire.

A fighter, a real strong fighter,

should always look dignified and calm,

A strong person will not be nervous and will not express aggression towards his opponent.

He will be confident in his abilities and his training;

then he will face the fight calmly and balanced.

This auspicious move by the empire made these young freedom fighters even more popular and their names, immortal.

They were hanged for the murder of British police officer JP Saunders.

Well, this year, our country is celebrating its 114th birth anniversary.

Books recommended for our Readers:

-> Bhagat Singh: ideas on freedom, liberty, and revolution: Jail notes of are revolutionary.

-> Jail Diary and Other Writings.

->IDEAS OF A NATION: SINGH; BHAGAT

-> NO HANGING, PLEASE SHOOT US.